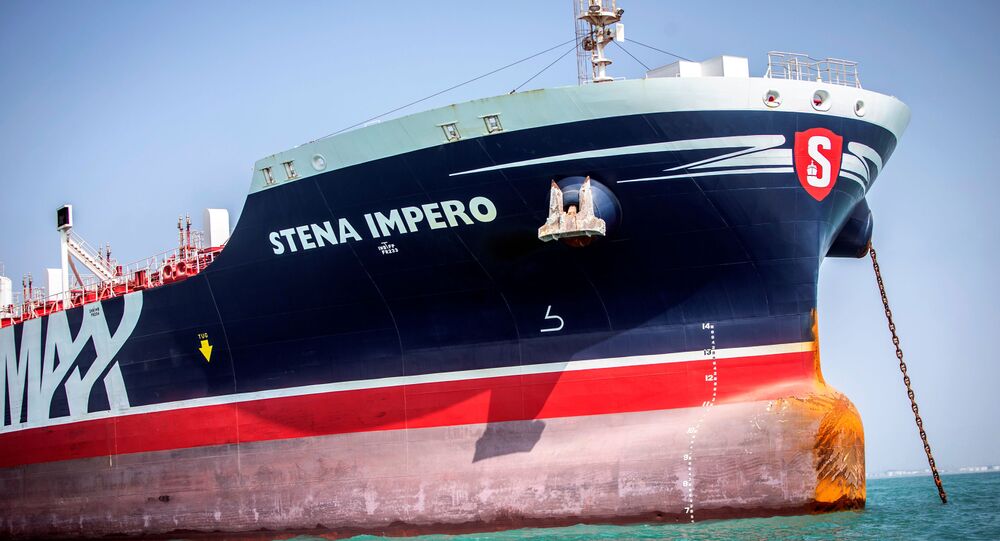 Tehran insists that the British tanker was seized over alleged maritime violations, such as a collision with a fishing vessel, and stressed that it was not a response to the arrest of an Iranian tanker by the authorities in Gibraltar, which has since been released.

In an interview with the Daily Mail, Will King, captain of UK destroyer HMS Montrose patrolling in the Persian Gulf, has recalled the events of 19 July, when the British tanker Stena Impero was arrested by Iranian authorities, claiming that Iranian forces celebrated the capture of the vessel. King said that as the ship was taken north, deep into the country's waters, an Iranian officer allegedly broadcast in English "she’s mine now" referring to the seized ship.

"You could almost hear the elation on their side. It was like a sick competition […] I could do nothing. Soul-destroying, really", the HMS Montrose's captain said.

Despite successfully seizing the UK tanker, the Iranians were disappointed in finding no British nationals aboard it, Will King claimed. The destroyer's captain said that following the incident, Iranian authorities allegedly questioned all ships passing through the Gulf of Oman if they had such personnel.

Iranian authorities arrested the Stena Impero on 19 July over alleged maritime violations, which included switching off its positioning device for prolonged periods of time and failure to respond to signals from an Iranian fishing boat resulting in a subsequent collision with it. Tehran stressed that the arrest was not retaliation for the seizure of Iranian oil tanker Grace 1 by UK overseas territory Gibraltar earlier the same month.

Grace One was detained on 4 July over a tip from the US, claiming that the vessel was carrying crude to Syria in violation of European sanctions. Tehran denied the claims, but the vessel remained in custody, along with some crewmembers, for over a month and was released in August having changed its name to Adrian Darya 1, despite US attempts to arrest the vessel.