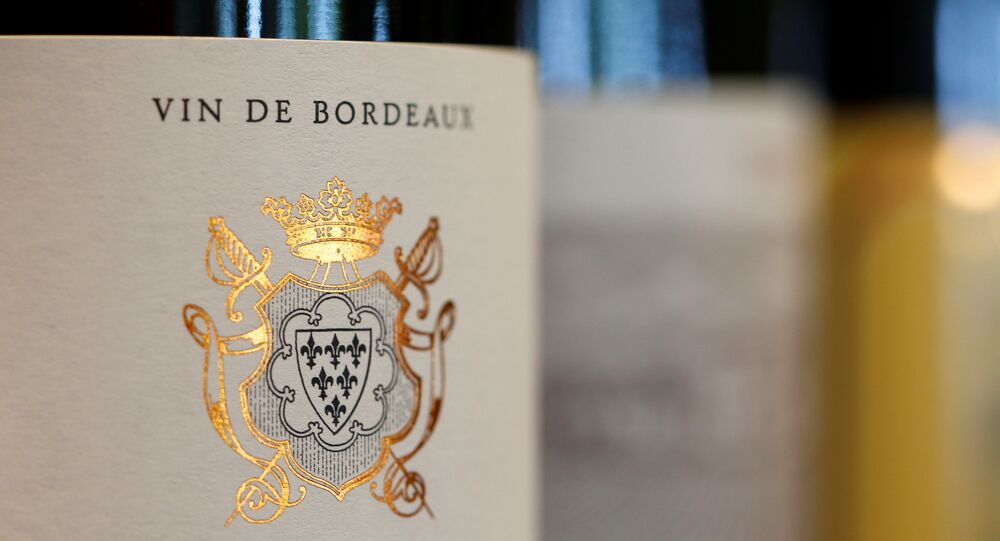 Mayors of France’s Bordeaux and Libourne administrations announced their intention to donate a bottle of wine to US President Donald Trump during his G7 visit to convince him not to impose tariffs on French alcohol.

Nicolas Florian, the mayor of Bordeaux, which is the administrative center of the New Aquitaine region where Trump’s plane is scheduled to arrive for the G7 meeting in Biarritz, wrote that they are offering a bottle of Château Figeac Saint-Emilion grand cru classé made in 200 while “counting on his benevolence and moderation in the face of his desire to increase customs taxes on wines.”

The mayor of the Libourne commune of Buisson Philippe, who was in Quebec on Friday at the opening of a wine festival with Florian made a similar statement.

Earlier, the US President went on Twitter to condemn Paris’ move to introduce taxes on US digital companies operating in France, warning that President Macron’s "foolishness” would result in Washington taking reciprocal steps against Paris and that French wine could be targeted in “substantial” retaliation, adding that he “always said American wine is better than French wine.”

France is a major wine-producing nation and the US is one of its biggest export markets, accounting for 18% of French wine exports and worth €1.7bn, up almost a third over the past five years. Wine is a crucial part of France’s identity and economy, being its second-biggest export after aerospace technologies in value terms.