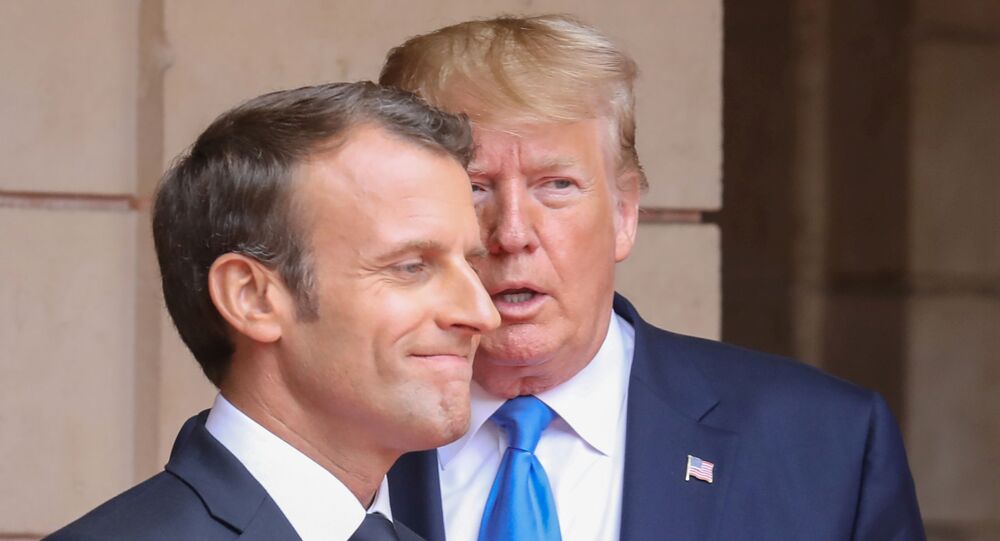 Earlier, France’s Finance Minister Bruno Le Maire warned against conflating the digital tax that Paris seeks to slap on US tech companies and the levies on French wine pledged by President Trump.

European Council President Donald Tusk has promised that the EU would retaliate should the US apply tariffs to French wine imports.

“I will protect French wine with genuine determination. If the US imposes tariffs, the European Union will respond in kind,” Tusk said.

He warned against a confrontation with the US, adding that “this is not our initiative, this trade and tariff struggle, but we have to be ready and we are ready as a whole, and France can count on our loyalty as all member states".

“If someone, for example, the United States and President Trump, use tariffs and taxation as political instrument, tool for some different political reasons, it means that this confrontation can be risky for the whole world, including the EU”, Tusk added.

The statement comes after President Donald Trump reaffirmed his threat to impose tariffs on French wine in retaliation for Paris’ push to introduce taxes on US tech giants.

Speaking to reporters on Saturday, Trump said that he doesn’t want “France going out and taxing great American companies” because it’s “very unfair".

European Council President Donald Tusk has, in turn, promised that the EU would respond in kind to US taxing French wine.

Trump’s remarks come a few weeks after French Farming Minister Didier Guillaume lashed out at what he described as a “completely moronic” drive by the US President to slap levies on French wine following Paris’ move to impose taxes on US digital giants.

He also insisted that “American wine is not better than French,” referring to Trump’s previous remarks about US-made wine being better than that of France.

Earlier, the US President went on Twitter to condemn Paris’ move to introduce taxes on US digital companies operating in France, warning that President Macron’s "foolishness” would result in Washington taking reciprocal steps against Paris and that French wine could be targeted in “substantial” retaliation.

French Finance Minister Bruno Le Maire, in turn, cautioned against linking the issue of France’s digital tax on the US tech companies to the levies on wine threatened by Trump.  According to him, “the key question now is how we can get consensus on the fair taxation of digital activities.”

French Minister of Public Action and Accounts Gerald Darmanin has pledged to counter tax evasion by forming a blacklist of digital giants which fail to stick to France’s fiscal regulations.

"We will form a blacklist of non-collaborative platforms, like [the one] for tax havens," Darmanin said.

He added that the blacklist would be specifically based on the companies’ ability to pay the GAFA tax and value-added tax (VAT).

On 5 April, Le Maire announced that the French government is considering taxing the largest digital companies operating in the country to “bring more justice and efficiency to the international tax system.”

The “GAFA” tax, which was adopted by French lawmakers on July 11, affects firms with global annual sales over €750 million ($849 million) and sales in France of at least €25 million ($27.8 million). Many of these companies are based in the US, among them those from the so-called “Big Four” of Google, Apple, Facebook and Amazon, also known as GAFA.

Not OK, Google! France Demands US Tech Giant Pays $1.6Bln in Back Taxes