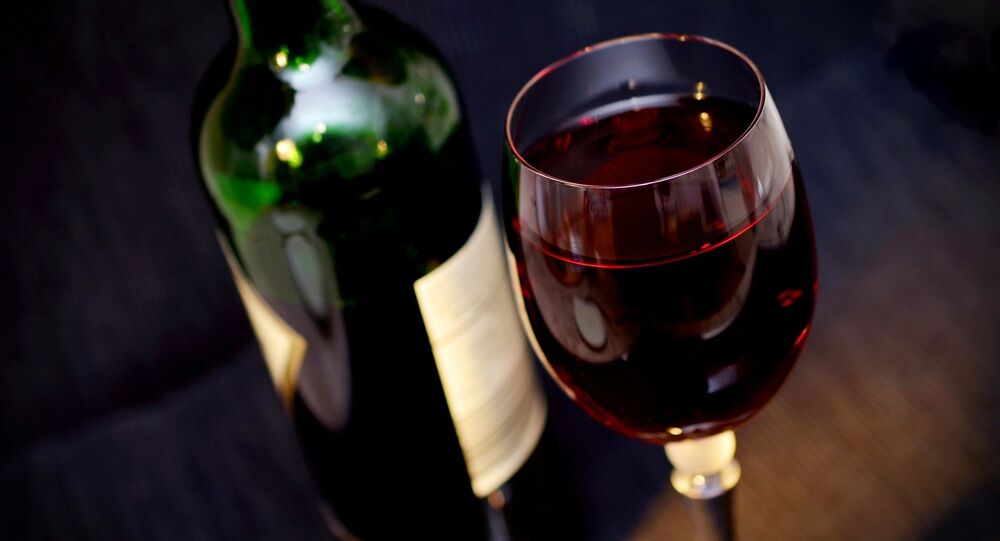 Trump complained about France charging tariffs on US wine in the past, tweeting in November that it’s too hard for American wine producers to sell in France but the US makes it “easy” to import French wines.

US President Donald Trump has vowed to do “something” about the unfair, as he described it, situation with French wine that is imported into the US virtually tariff-free while France imposes duties on US wine, writes Time.

“France charges us a lot for the wine. And yet we charge them very little for French wine,” Trump said in an interview with CNBC anchors on Monday after last week’s Normandy trip.

“So the wineries come to me and say, ’Sir’ — the California guys, they come, ’Sir, we’re paying a lot of money to put our product into France, and you’re letting’ — meaning, this country is allowing — ‘these French wines, which are great wines, but we have great wines too — allowing it to come in for nothing. It’s not fair.”’

"And you know what?” Trump added. “It’s not fair. We’ll do something about it.”

​The teetotal US President has complained about France charging tariffs on US wine in the past, tweeting in November that it’s too hard for American wine producers to sell in France but that the US makes it “easy” to import French wines, which he said “must change.”

The US charges a tariff of 5 cents per 750 milliliter bottle of imported still wine and 14 cents for sparkling wine, according to the Wine Institute, an advocacy group for California winemakers, cited by Bloomberg.

European Union tariffs for imported wine range from 11 cents to 29 cents per bottle, according to the group.

“High tariff rates constitute the single most restrictive barrier to US wine exports,” the group says on its website.

In an interview with CNBC, President Trump commented that he many place tariffs on French wine imports to balance the playing field for U.S. wine producers. The U.S. currently charges France a 5 cent fee per 750 ml of wine and a 14 cent fee for sparkling wine.

​According to Bloomberg, the US is currently “the biggest client for EU wine producers,” purchasing almost a third of the bloc’s exports in 2017.

On the other hand, the US accounts for just 16 percent of the EU‘s wine imports.

Last fall, in a Twitter outburst against French president Emmanuel Macron, Trump, who owns Trump Winery, a Charlottesville vineyard run by Eric Trump, claimed that wine in the US is just as good as the beverage made in France.

Twitter reactions to the possible hint at a new US trade war target were not long in coming, with some noting the tariffs would have to be applied to the EU bloc, while others mocked the very idea.

First he came for the Chinese imports. Then he came for the tequila and guacamole. Now, he’s coming for our wine? Hell no. It’s time to riot in the streets, America. 🍷 https://t.co/c75BekQPCU

Is this a game for him?

Some drew parallels with the untimely demise of the so-called “friendship” tree planted by French President Emmanuel Macron and US President Donald Trump as a token of the friendship between their two countries during Macron’s state visit to the US in April last year.

The death of the unity tree was a foreshadowing….

Tariffs would have to applied to the entire EU trading block. Trump is seriously contemplating starting up another trade war just to appease a few wine companies in California? Wow. 😐

another threat just to shake up the stock market enough the Trump Cartel can rack up more $ through stock manipulation. Same pattern, buy stock in companies where stock prices will rise — like CA wine — based on tomorrow’s tweets and outbursts — then sell at a profit. Repeat

He owns wineries. They are shit but this is a conflict ladies and gentlemen

Next 'disaster', 'emergency, "America must place huge tariffs on French wine". Another "hey, look over there American fools".

WINE IS WINE! AND WHO SAVED THE FRENCH WINE INDUSTRY When it was being destroyed? As usual the Americans!

My guess is he has an entire golf course of wine inside one of his homes. 🤦🏽‍♀️

​Any potential US measure targeting French wine would in fact have to target the EU, though, as the bloc is a common trade area.

Lionel Briand, communications chief for the French Customs office, previously told The Associated Press that the US gets charged the same tariffs imposed on all non-EU countries. “American products are not submitted to a distinct duty but to the same duties as all third countries,” Briand said.

Canada Ends Tariffs on US Goods as Trade Tensions Ease