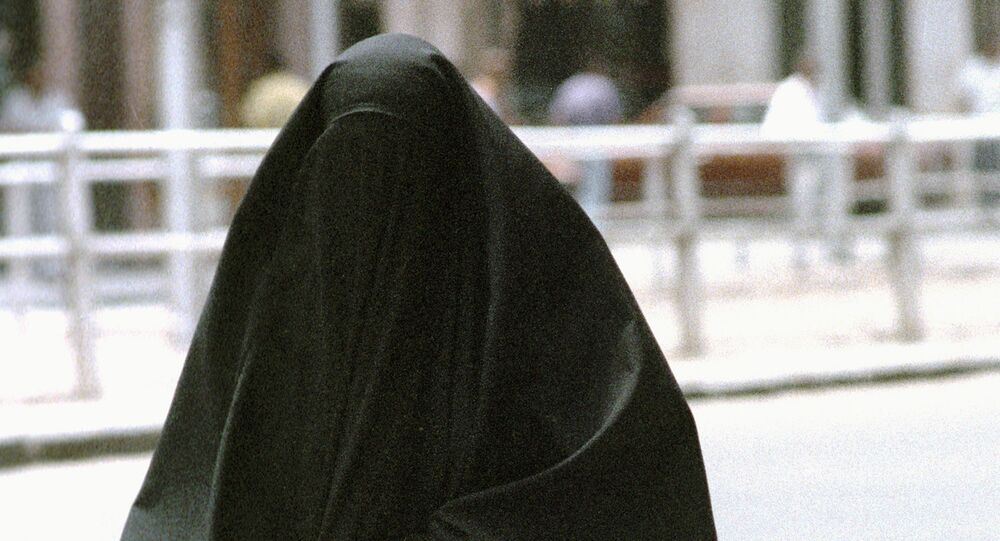 The full face and body cover promoted by a hard-line branch within Islam has become an apple of discord in many European countries. The Netherlands’ ban on burqas and niqabs in public places has sparked debate about a similar move in neighbouring Germany.

54 percent of respondents in Germany who took part in a fresh poll by YouGov strongly support a burqa ban, prohibiting full-body Muslim covering in public places, the news agency DPA reports. Another 20 percent are somewhat in favour of a ban on such veils. At the same time, 12 percent were against the ban, while 14 percent of those polled struggled to decide on the matter.

The results were published after a similar law banning clothing or head garb fully covering faces from being worn in public places, dubbed a “burqa ban”, came into force in the Netherlands following years of debate. From now on, people will not be allowed to appear in the Islamic burqa, fully covering a woman’s body, or niqabs, hiding faces, as well as balaclavas in offices, hospitals, schools, and on public transport.

Following the move, the deputy leader of the German governing party the Christian Democratic Union, Julia Kloeckner, reiterated demands that wearing this type of religious clothing in public should be prohibited.

"Allowing the full face covers has nothing to do with tolerance but represents ignorance towards women and girls. It's not just about a piece of fabric, but about the whole gender image it broadcasts", the politician, currently serving as minister of agriculture, told the Bavarian outlet Passauer Neue Presse.

Kloeckner, who was considered Angela Merkel’s possible successor at one point, campaigned for “a burqa ban” in Germany several years ago. At the time, it received support from regional interior ministers representing the CDU and its Bavarian sister party, the Christian Social Union, but faced resistance from the country’s Interior Minister Thomas de Maizière, although he belonged to the same party.

This time, however, Kloeckner garnered support within the CDU leadership. Vice Chairman of the CDU's parliamentary group Thorsten Frei told the German outlet: "The burqa does not belong to Germany. It resolutely contradicts our values and our view of mankind”.

However, the CDU politician emphasised that the constitution does not allow banning the burqa in principle, saying that a ban could be considered only in certain cases.

The proposal is viewed critically within the Greens, as one of its lawmakers, Konstantin von Notz, pointed out that “burqa bans and similar measures are purely symbolic policies which do not have any value for security".