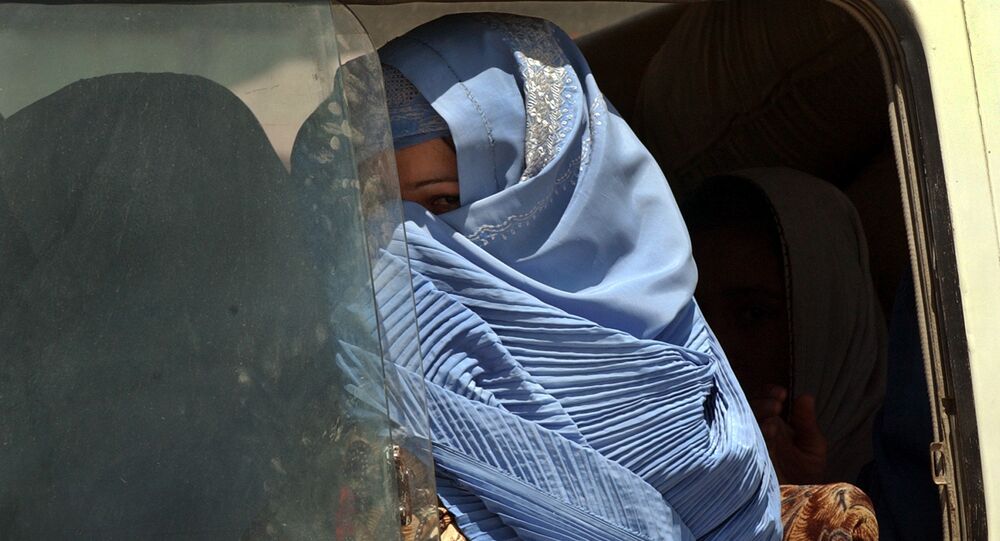 A Dutch law prohibiting face coverings in public venues comes after at least 15 other countries took similar measures to prevent the spread of extremism in their nations and promote an open dialogue and greater security.

After almost 14 years of negotiations since the idea was first floated by Geert Wilders who leads the Dutch right-wing Party for Freedom, the Netherlands is implementing the so-called burka ban on Thursday that rules out wearing face-covering garments in government buildings, public transport, and other state institutions.

The law that prohibits burkas – outer garments that cover the body and the face in Muslim culture, officially referred to as the Partial Ban on Face Covering Clothing Act, was proposed by Ronald Plasterk, former Minister of Home Affairs and Kingdom Relations, who argued that open contacts between citizens are crucially important in public venues, while wearing garments that cover your face complicates direct communication and arouses a feeling of insecurity.

The ban covers not only wearing typically Muslim headscarves etc., but also applies to helmets, including balaclavas and ski masks. Citizens are allowed to wear face-covering items on the street, but must be prepared to remove them for identification purposes when asked by police. If they refuse to do so upon entering a government building, or a school, etc. a fine of 150 euros will be applied.

According to RTL Nieuws, the burka ban was first officially raised in 2006 by Rita Verdonk, the then Minister of Immigration and Integration. The government decided against the measure at the time, taking into account leftist parties’ claims about the discriminatory nature of such a law.

However, in the following years, quite a few lawmakers have submitted respective bills, including Geert Wilders. In 2015, the government came back to the initiative, but only in a number of places across the country, and a year later, the majority in the Tweede Kamer, the lower house of the Dutch Parliament, approved it. The Eerste Kamer, the Dutch Senate, gave the green light in 2018, inviting multiple discussions as to how the law would be implemented.

Islam-hater Geert Wilders capitalizes on the new ban on niqab/burka in the Netherlands. He considers it a stepping stone for the ban of regular headscarves. pic.twitter.com/jVxP4sMKOk

According to different estimates, from 150 to 400 women currently wear a burka, or a niqab – a part of Muslim attire that covers almost the whole of the face, on Dutch streets from time to time, while 150 of them do it on a daily basis, RTL reported.

The police are currently looking for ways to ensure that Muslim women who wear face-covers for religious reasons, can still enter police stations to file reports. Meanwhile, public transport companies have noted they wouldn’t give the law a priority: while they can inform burka and niqab wearers that they are breaking the law, they would need to call the police to refuse them entry, which is problematic.

In what appears to be a preventive measure against religious extremism, at least 15 countries, both European and Asian, have already come up with a similar ban, mostly in the last decade.

Should Britain ban the burka? https://t.co/gjXwigkG1u

These include Sri Lanka, which banned face coverings in public in April 2019 in the wake of a spate of suicide attacks that took the lives of 250 people and injured hundreds more, and Tunisia, which most recently, on 5 July, banned the niqab and burka for women in government offices “for security reasons” after a double suicide bombing in Tunis on 27 June.

Among the European states that went down the ban path are France, the first EU country to introduce the ban in 2010, Austria (2017), Denmark (2018), and Belgium, where a ban on face-covering clothing became law in 2015, but was suspended two years later by the European Court of Human Rights with regard to burkas and full-face veils.