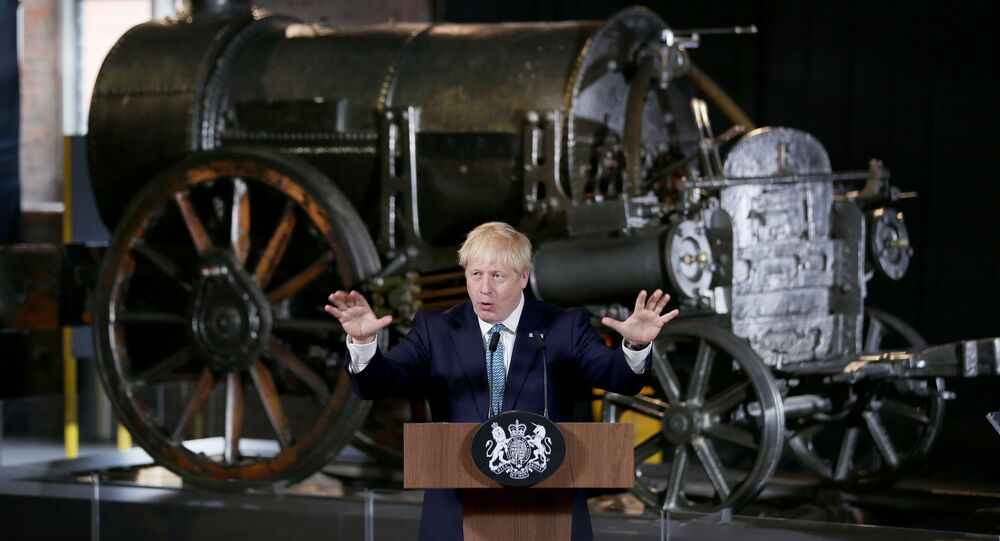 Johnson is ready to take Britain out of the EU on the 31 October deadline, preferably under a withdrawal agreement. He pledged to depart even if there is no deal in place, which could be a likely scenario if the EU refuses to negotiate a new one.

Britain’s new prime minister, Boris Johnson, is mounting a massive publicity campaign to advertise a no-deal Brexit via billboards, radio and television, according to The Telegraph.

The preparations will see the government splash up to £100 million (over $120m) on advertising alone in the next three months, government sources told the newspaper.

It is claimed that as part of the upcoming campaign, no-deal preparation leaflets will be sent to every home in the country.

A source within the Treasury suggested that there hadn’t been “a bigger ‘comms’ campaign than this since the [Second World] war. It is a pretty huge thing for a ‘comms’ campaign.”

“We are turbo charging preparations for no deal and that is now the government’s number one priority,” the Chief Secretary to the Treasury, Rishi Sunak, said on Sunday.

Boris Johnson assumed the prime ministerial job last week with a pledge to deliver on the results of the 2016 Brexit vote. He said he wants to negotiate a new divorce plan with the European Union that would ditch the Irish backstop.

The backstop is an arrangement meant to prevent physical border checks between Northern Ireland (part of the UK) and the Republic of Ireland (part of the European Union) after Brexit. It would effectively bind the whole of the UK to the EU customs union until they reached an alternative arrangement – raising concerns that Britain would end up staying in the customs union for years not being able to strike its own trade deals.

Brussels’ chief negotiator, Michel Barnier, has dismissed Johnson’s backstop plan as “unacceptable”, but the UK prime minister pledged to leave the bloc without a deal if it refused to re-negotiate the existing withdrawal agreement.

The PM has reportedly unveiled three new committees that will handle the preparations for a no-deal departure from the EU. The main one will meet daily and will be chaired by Chancellor of the Duchy of Lancaster Michael Gove.

Gove warned on Sunday that the government is “operating on the assumption” that Britain will leave the EU without a deal on October 31 “no ifs, no buts”.

Johnson will chair two other bodies – the Exit, Economy and Trade Committee and the Exit Strategy Committee. The latter is seen as his “war cabinet” and will include Michael Gove, Chancellor of the Exchequer Sajid Javid, Foreign Secretary Dominic Raab, EU Exit Secretary Stephen Barclay, and Attorney General Geoffrey Cox.

Johnson is visiting Scotland on Monday in a bid to mend deteriorating ties that bind the UK and its northernmost region; he has specifically promised to spend £300 mln ($370 mln) to boost economic growth in Scotland, Wales, and Northern Ireland amid serious concerns across the UK over the effects of no-deal.

Nicolas Sturgeon, Scotland’s first minister, wrote in a letter to Johnson last week that she wants her nation to have an “alternative option”, namely a second referendum on seceding from the United Kingdom. She cited a government report estimating that a no-deal Brexit could cost Scotland some 100,000 jobs, and insisted on the right of the people of Scotland to “determine their own future”.

The Scots rejected independence by 55 to 45 per cent in a 2014 vote but decisively voted to stay in the EU in 2016, and recent polls show the nation has swung significantly toward independence in the wake of the Brexit crisis.