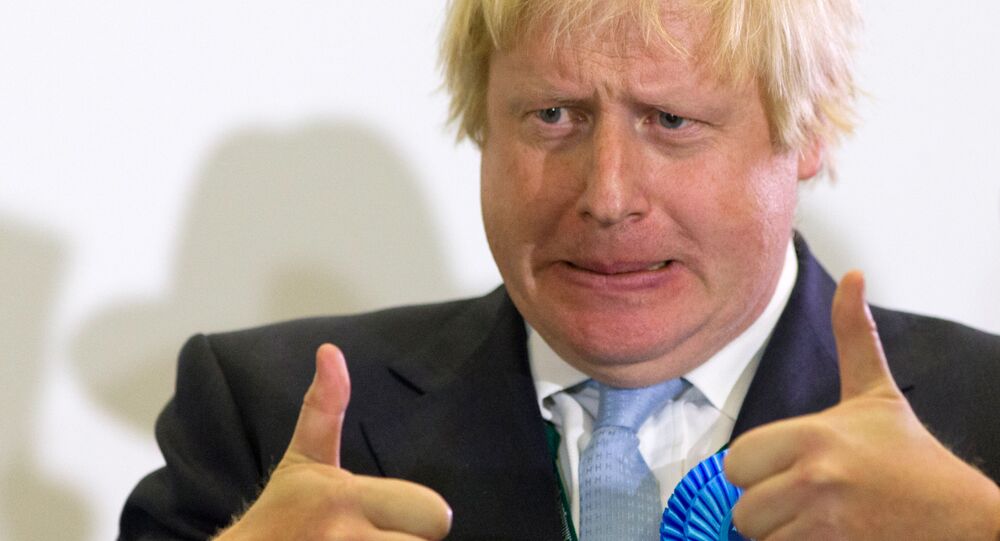 Johnson slammed the UK civil service for making the “simple” Brexit process more complicated, writing that the UK only needed to rediscover its “sense of mission”.

UK Tory frontrunner Boris Johnson compared the US moon landings to Britain’s success in delivering Brexit by 31 October in his Daily Telegraph column on Sunday evening.

The former Foreign Minister, widely seen as the next UK prime minister, said that if the US could land on the moon 50 years ago then the UK could solve issues on the Irish backstop.

The news comes as six Conservative MPs said that they would defect to the Liberal Democrats if Mr Johnson becomes prime minister, threatening his majority rule in Commons.

Sir Alan Duncan has quit as a foreign minister

He handed in his resignation letter this morning

He's made clear he can't serve under a Boris Johnson premiership

The European Union has also said it will not renegotiate outgoing PM Theresa May’s withdrawal agreement.

He wrote that if the US could use “hand-knitted computer code” to travel to the Moon in 1969, the UK could solve the problem of “frictionless trade at the Northern Irish border”.

“There is no task so simple that government cannot over-complicate if it doesn't want to do it”, Mr Johnson said, adding that there were few tasks “so complex that humanity cannot solve if we have a real sense of mission to pull them off”.

Boris has an optimistic vision of a fully independent UK and has the rhetorical skills to convey this to the general public. These qualities alone make him an excellent choice for PM as we are about to leave the EU.

No humans on the Moon... if there were, the first Eathians would have been killed for invading their Moon ..

He urged the country to recover its “can-do spirit” and said that the UK had “the technology” to leave EU on 31 October. “What we need now is the will and the drive,” he wrote.

The news comes after UK minister of state for Europe and the Americas, Sir Alan Duncan, resigned from the Cabinet on Monday, a statement from the Foreign Office revealed.

According to Sunday Times political editor, Steven Swinford, a further twelve ministers plan to resign from Monday to Wednesday. Chancellor of the Exchequers and vocal critic of a hard Brexit, Philip Hammond, also said that he would resign from the Cabinet if Mr Johnson became prime minister amid rumours he would be sacked over his Brexit stance. UK justice secretary David Gauke has also planned to resign if Mr Johnson is elected PM.