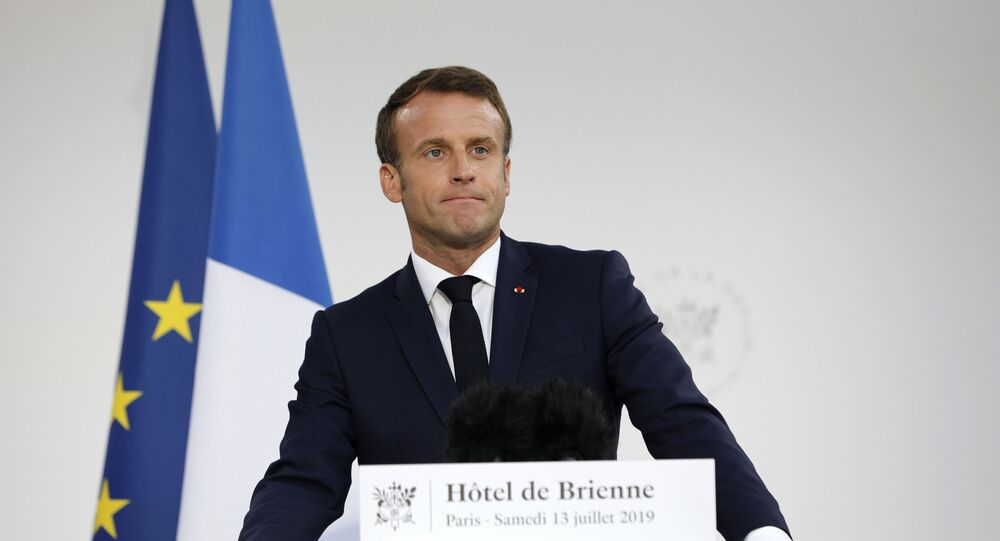 Macron Declares French Space Command is in the Works

The new space initiative is expected to help France better ensure the safety of its satellites.

Addressing troops ahead of the upcoming Bastille Day military parade, French President Emmanuel Macron announced that he has approved the creation of the country’s own space command to bolster France’s defence capabilities.

As Macron explained, this move will allow the country to better protect its satellites, noting that the exact investment is yet to be determined.

"To give substance to this doctrine and ensure the development and reinforcement of our space capabilities, a space command will be created next September in the air force", the president declared.

In November, Macron also suggested that the European Union should get a "real European army" which would be independent from the United States and capable of defending Europe.

Previously, French Defence Minister Florence Parly said that Paris intends to spend 3.6 billion euros on the renewal of its military satellites. These funds are also expected to go towards the launch of three CERES electromagnetic-monitoring satellites, and the modernisation of a spatial radar surveillance system called GRAVES.

Earlier this year, Jean-Yves Le Gall, president of the French government space agency CNES (National Centre for Space Studies) revealed that the development of space industry has become France's priority, and that the organisation is waiting for French President Emmanuel Macron to make a strategic decision on forming the country's "space force".

And in 2018, US President Donald Trump announced the creation of his country’s sixth branch of the military, the "Space Force", with Vice-President Mike Pence later identifying its new goal as addressing the "highly provocative demonstration of China's growing capability to militarise space."