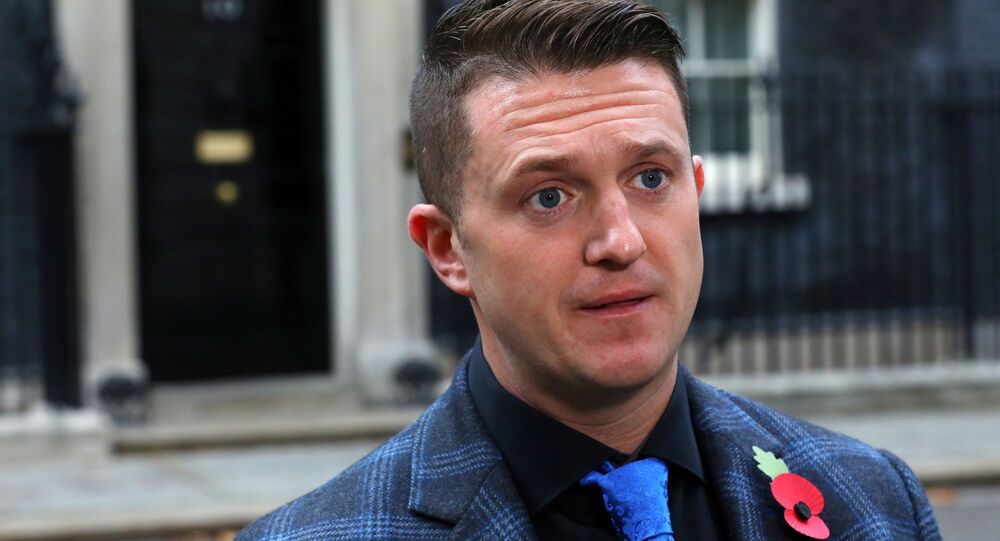 The British activist and former English Defence League (EDL) leader was earlier found guilty of contempt of court after he livestreamed information about defendants in a case involving the sexual exploitation of underage English girls in 2017.

Stephen Yaxley-Lennon, also known as Tommy Robinson, has been sentenced to 9 months in jail over contempt of court charges. The court branded his filming of the defendants on the grooming charges, banned by the court reporting rules, as "subjectively reckless". The activist's Telegram account slammed the court's ruling and called on his supporters to protest it.

"Sentenced to prison for journalism. Time for protests to start, this is an absolute joke! Protest outside whatever prison I’m in on Saturday please", the Telegram statement reads.

Robinson streamed the defendants, charged with the sexual exploitation of minors in 2017, on Facebook during their trial, while court rules prohibited the release of the case details at that time. His live-stream on Facebook revealed the ethnic and religious backgrounds of the grooming gang's members. He also cited demographic data about the number of Muslims and Pakistanis living in the UK, comparing it with their prevalence among British grooming gangs.

He was first found guilty of breaching court reporting rules in May 2018 and sentenced to 13 months in prison, but the ruling was later successfully appealed two months later.

The activist insists that he didn't violate any rules since the information he revealed was already in the public domain and believes that the case against him is politically motivated. He also accused the British authorities of utilising double standards and inventing "one rule for Tommy and one for everyone else". Throughout the court hearings, Robinson's supporters have gathered to protest against his prosecution.

Robinson is mostly known for being the former leader of the English Defence League (EDL) and for actively raising the issue of excessive immigration as well as the role of immigrants in sex crimes uncovered across the UK in recent years.

Tommy Robinson Begs Trump to Give Him Asylum, Saying UK 'Has Fallen'