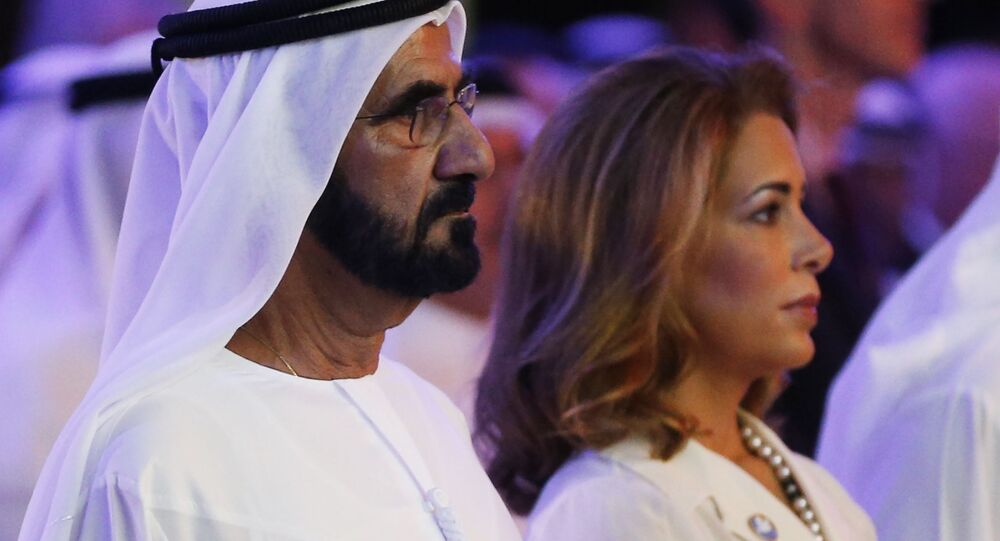 The prominent Middle Eastern royal family made headlines last week over reports that Princess Haya Bint al-Hussein had fled from her spouse, the prime minister of the UAE, to seek asylum in Europe. She is now said to be involved in a dispute with her royal husband because he is seeking custody of their two children.

The junior wife of Dubai ruler Sheikh Mohammed bin Rashid Al Maktoum, Princess Haya Bint al-Hussein, is preparing for a legal battle in London's High Court against her husband in a $107-million town house in the UK capital, located near a British royal residence, The Times reports. It has been alleged that she secretly bought it a couple of years ago.

The Sheikh started the legal dispute with one of his six wives because he wants to get their two children, 7-year-old son and 11-year-old daughter, who were reportedly taken by the princess, as some reports suggest. The hearings are planned to start on 30 July. As The Daily Mail reports, the lawsuit has been transferred to the Family Division of LHC from a Dubai court.

The BBC, in the meantime, has claimed that the woman, born into the Jordanian royal family, and educated in the UK is used to rubbing shoulders with Britain’s crème de la crème, and "afraid for her life”.

The broadcaster cites sources close to the princess, as saying that she had learned new “disturbing facts” about another Dubai royal runaway, the Sheikh’s daughter Latifa, who attempted to flee her homeland with the help of a Frenchman but was intercepted on a vessel in the Indian Ocean and returned home. Princess Latifa complained of mistreatment at home in a pre-recorded video, but in late 2018 the UAE’s Foreign Ministry released photos of Her Highness meeting in Dubai with Mary Robinson, an erstwhile High Commissioner for Human Rights, and denied the “false allegations”.

The UAE embassy in the UK, however, has declined to comment on these allegations, noting this is a private matter.

Reports about the unrest in one of the most prominent royal families in the Middle East emerged last week when 45-year-old Princess Haya, who is the daughter of the late King Hussein of Jordan, was said to have fled to Germany, taking nearly $40 million with her, and to be seeking a divorce from her royal husband.

They married in 2004 and she has been photographed alongside Sheikh Maktoum at events in the UAE and abroad. Notably, the Jordanian-born princess, educated in the UK, has been engaged in charity work and has served as a goodwill ambassador for the World Food Programme and the Organisation for Animal Health. She also rubbed shoulders with Britain’s royals and has reportedly been spotted at the world-famous races in Ascot. British media outlets speculate that this family row might have an impact on relations between the UAE and the UK, where the princess apparently wishes to stay, and Jordan, because she is also the half-sister of King Abdullah.