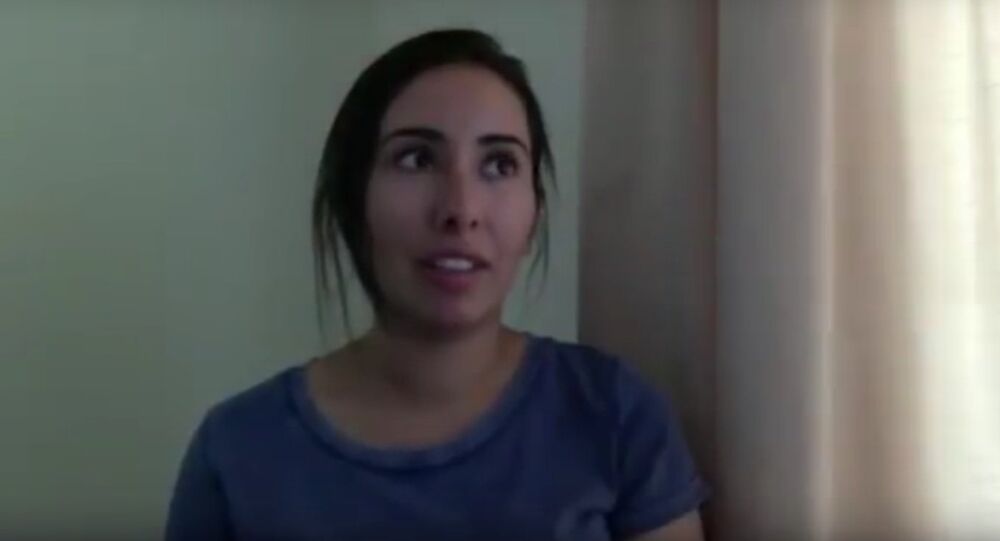 Former French spy Herve Jaubert, who helped Princess Latifa of Dubai organize her escape from the United Arab Emirates, has revealed the pair spent seven years planning her extraction - a daring ruse that would end in cataclysmic failure.

Interviewed for BBC documentary Escape From Dubai, Jaubert — a former Navy officer who fled Dubai himself after getting into hot water with authorities — said Latifa contacted him in 2011 after hearing about his escape, and asked for help planning her own.

In the program, he shares messages the Princess sent him prior to her departure, in which she said she'd "rather die" than return to the UAE, due to how strictly her father Sheikh Mohammed bin Rashid Al-Maktoum controlled her life.

"I've been mistreated and oppressed all my life. Women are treated like subhumans. My father can't continue to do what he's been doing to us all," she wrote in one email.

She also claimed her older sister, who tried to flee the family while on holiday in Sussex, England, was captured two months later in Cambridge and spirited back to the UAE where she was imprisoned and drugged to stop her from protesting — ever since, she's been escorted everywhere by a team of nurses.

Jaubert at first didn't believe the story, thinking it may be a ploy to get him to return to the country, but she eventually persuaded him of her credentials and the pair swapped messages every two or three days over the following years. Latifa also recorded a video prior to her escape detailing her reasons for fleeing the UAE which was distributed among media outlets for publication in the event of her disappearance or death.

In 2014, the conspiracy took concrete form when Latifa met Tiina Jauhiainen who came to the Sheikh's palace to teach her Brazilian martial art capoeira — the pair quickly became friends, and pledged to escape together. Jauhiainen would fly to meet Jaubert repeatedly, although the trio would not be united in full until the day of escape, when the Princess went for breakfast with her capoeira instruction — a routine they'd maintained for years prior in order to not attract attention on the big day itself.

They then changed clothes, jumped into a car and drove to Oman and then to the coast, where using both jetskis and dinghies they reached Jaubert's yacht in the Indian Ocean.

Once on board the yacht they set sail for Goa, India, where Latifa planned to claim political asylum before moving to the US. On the boat, she told Jaubert she'd rather be killed on the boat than return to Dubai. However, on March 4, a mere 30 miles from the Indian coast, their yacht was invaded by armed men who blindfolded and bound Jaubert and Jauhiainen, and seized Latifa.

All three were returned to the UAE, where Jaubert and Jauhiainen were beaten, threatened with execution, starved, dehydrated and interrogated for up to 20 hours a day for almost two weeks before finally being released. At one point they were forced to read 'confessions' written by the Emirati authorities, which were video-recorded, and forced to sign documents in Arabic which they could not understand.

Additionally, both were forced to sign Non-Disclosure Agreements stipulating they'd never discuss any of the events that had occurred. They were also apparently warned Sheikh Mohammed was "a very powerful man and he can get you anywhere in the world".

Radha Stirling, chief executive of NGO Detained in Dubai, was also contacted by Latifa prior to her escape — the Princess told the charity head she'd been beaten, tortured, detained in solitary confinement, threatened, and drugged upon the orders of her father for three years following an escape attempt at the age of 16.

She also alleged her freedom was severely restricted, with all her movements controlled by her father, who she also claimed had perpetrated or ordered the commission of several other crimes, including the murder of his own sister-in-law.

On March 4, Stirling received a frantic call from Latifa saying their ship was being boarded amidst gunfire, and pleading for help. Communication ceased at this point, and the NGO hasn't heard from her since.

"At present, the whereabouts of Latifa remain unknown. We don't know if she's alive or dead. She is still classified as missing. The UAE and India broke a host of laws when they attacked Hervé's American registered yacht in international waters and abducted all on board with excessive force. In addition to these actions, Latifa's allegations against Sheikh Mohammed are grave and warrant a full investigation. We will be pursuing these matters legally in multiple jurisdictions in the coming weeks," Stirling said.

"If she is deprived of her liberty, she should have contact with lawyers and loved ones and access to all fair trial guarantees. If she is only held for having tried to flee the country or for any other reason incompatible with human rights standards, she should be immediately and unconditionally released and her right to freedom of movement, including travel abroad, should be respected. The UAE should act to ensure Dubai respects the human rights of its citizens and all those under its jurisdiction. Amnesty International also calls on India to investigate the incident and the role of its security forces, including the allegations of beatings which could amount to torture or other cruel, inhuman, and degrading treatment, and ensure those responsible are held to account," the group said in a statement.