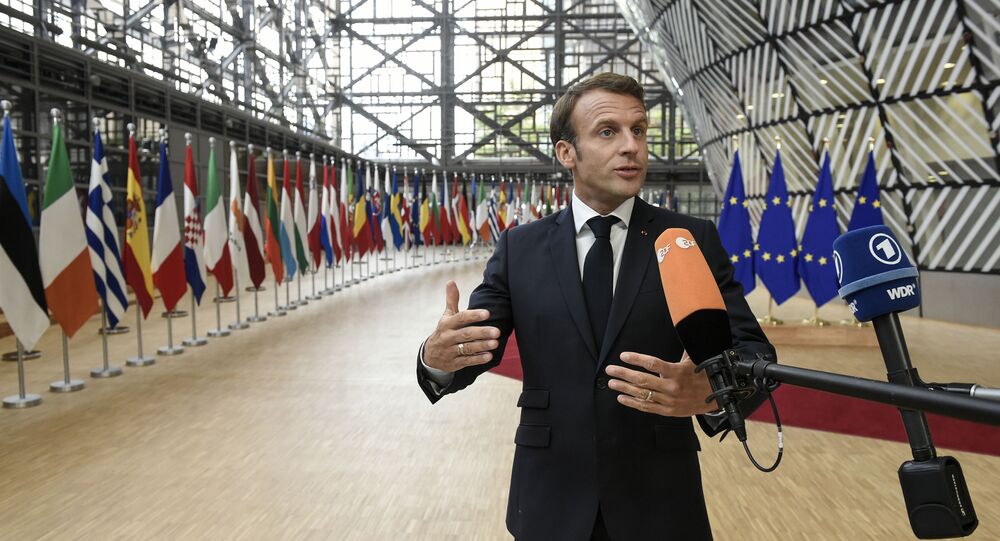 The statement comes after suspension of a EU summit earlier on Monday following the bloc’s countries’ leaders failure to agree upon who should be at the helm of the EU’s top posts.

French President Emmanuel Macron has suggested that failure to pick EU chiefs reflects ongoing "political disagreements between the countries" within the bloc.

“We have ended today in failure, it’s a very bad image for both the Council and for Europe. It is clear that this failure is down sometimes to some personal ambitions”, Macron told reporters on Monday.

He expressed hope that a relevant agreement will be clinched on Tuesday, saying that “we know who are the credible candidates for top European posts”.

Croatian Prime Minister Andrej Plenkovic, for his part, underscored that “everything is open” in the process of choosing candidates for the EU’s top jobs.

The remarks come after European Council President Donald Tusk suspended the meeting of the EU leaders and scheduled it to reconvene on Tuesday, according to Tusk's spokesman Preben Aamann.

The EU leaders have been deadlocked over who should fill the bloc's top jobs after the European Parliament elections that took place in May.

Sources said that the EU leaders were discussing Frans Timmermans, a Dutch politician who currently is first vice-president of the European Commission, as a potential candidate to lead the commission.

European Commissioner for Competition Margrethe Vestager — from Denmark — has been discussed as a potential first vice-president. Bulgarian economist Kristalina Georgieva, Chief Executive of the World Bank, has been mentioned as the potential head of the European Council.

Last week, Macron campaigned against the candidacy of Manfred Weber, a deputy head of Germany’s CSU, for the post of European Commission President, insisting that he had insufficient experience for the post.

MEP Daniel Caspary, head of Germany’s conservative delegation in the European Parliament, blamed Macron for taking an “anti-German” stance and “doing everything he can to destroy European democracy” by opposing Weber’s candidacy.