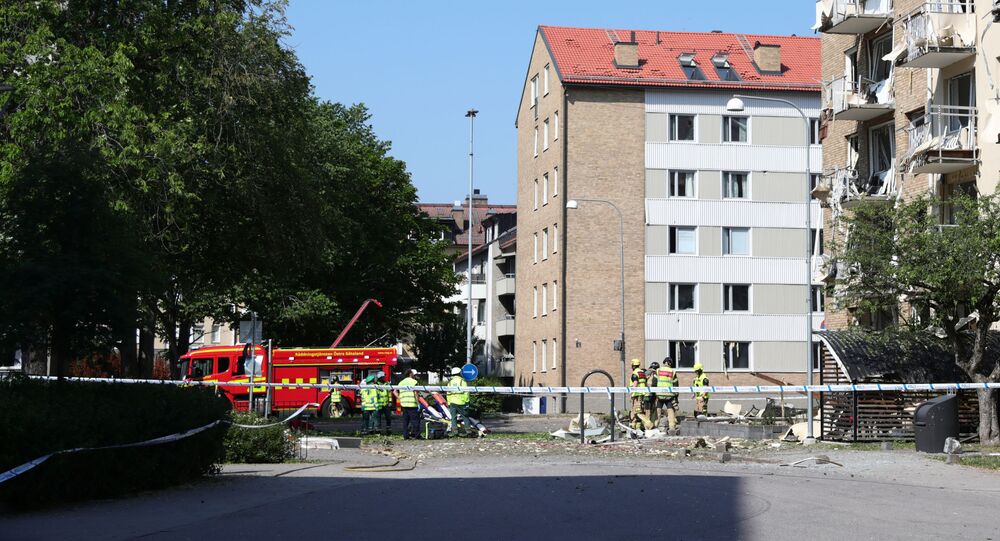 Coupled with the rise of other crimes, the spike in bomb attacks has spurred talks about the possible declaration of a “national emergency”.

The number of attacks involving explosives has soared in Sweden, with 93 such incidents reported up to May 2019, the Expressen newspaper reported.

According to the Crime Prevention Council (Brå), 63 such incidents were reported in the first five months of 2018, so there's been an almost 50 per cent year-on-year jump.

Last year, a total of 162 explosions were reported. Figures for earlier years are not available, as the council only began counting explosions as a separate category in 2018. Should the blasts continue at the same pace so far, the total figure for 2019 will be considerably higher than last year's.

Last week alone, there were three attacks in Malmö, Sweden's third-largest city, over a single 24-hour period. Earlier this month, a massive blast blew out all the windows of an apartment building in Linköping, drawing comparisons to a war zone.

According to Stockholm University criminologist Sven Granath, the increase may be due to infighting within criminal networks with an extensive knowledge of explosives. Moreover, he suggested there is an "arms race" unfolding in Sweden's criminal networks.

“There's an arms race going on in the world of organised crime”, Sven Granath told Expressen.

According to Manne Gerell, associate professor in Criminology at Malmö University, the wave of bomb attacks is happening amid a surge in shootings, and involves more or less the same people. Gerell suggested that criminals have not only learnt how to use explosives, but are more now willing to employ them.

“They know that they have explosives as an alternative, which they perhaps wouldn't have considered five years back”. According to him, though, this is not unlike power projection. “They want to show that 'we are serious, we have violence capital, we are dangerous, do what we want'. If we accept this this is the real rate of growth, it's a lot and of course very serious”, Manne Gerell told Expressen.

Granath warned that attacks with explosives are more likely to end up injuring innocent bystanders than shootings, as the risk of being “caught up in a cross-fire” is significantly greater.

According to Granath, explosions that can be heard several kilometres away also have a more damaging impact on local communities, instilling a sense of danger in the neighbourhoods.

“It's obvious that it affects an extremely large number of people. It sends the signal that something is dangerous and unpleasant”, Granath said.

In Linköping, where a violent explosion left people injured and properties damaged, local residents are still trying to come to terms with the attack.

“It's still a totally unreal feeling. You can't believe that something like this would happen here in little Linköping”, Eva Andreassen, a local, mused.

The spike in explosions coupled with the rise of other violent crimes spurred journalist and commentator Paulina Neuding into penning a poignant piece headlined “It’s Time for Sweden to Admit Explosions Are a National Emergency”.

3 explosions in Malmö in the last 24 hours. A bomb ripped through two apartment buildings in southern Sweden on Friday (pic). My latest for Quillette:
It’s Time for Sweden to Admit Explosions Are a National Emergencyhttps://t.co/P42sMghjVx pic.twitter.com/SeFKvEWMpb

​The number of shootings across Sweden has also soared in recent years. While street shootings still made national headlines in the 80s and most of the 90s, they have become increasingly commonplace in recent years. While 17 people were killed by firearms in Sweden in 2011, close to 300 shootings resulted in a record 129 people injured and 45 killed in 2018. In 2017, Malmö had the highest rate of shootings per capita and outranked most its European peers except a handful of cities in southeast Europe.

Tennis Star Living in US Says 'The Sweden He Grew Up in' Doesn't Exist, Sparks Debate