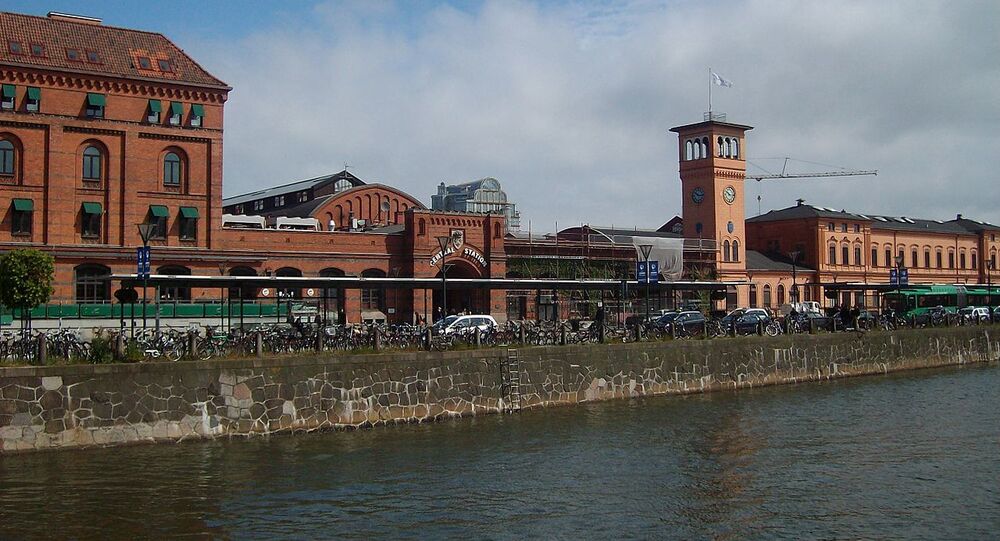 The man reportedly sustained an injury after he was shot by police; he was later hospitalised. It is still unclear how serious the offender's wounds are, according to Aftonbladet newspaper.

Swedish police have evacuated Malmö Central Station and are currently at the scene after reports that a man threatened people; law enforcement shoot the offender on Monday, according to the local media.

#malmö white bald dude with a duffel bag started banging on the ground yelling “I’ve got a bomb” right next to me at #MalmoC. 10 minutes later I saw him surrounded by police. 3 shots were fired, the station is now evacuated pic.twitter.com/ZAB0Sp65qb

Police spokeswoman Evelina Olsson stated that no one, except the offender, sustained injuries due to the man's 'menacing' behaviour.

The scene is now being searched by a bomb squad.

One of the eyewitnesses cited by Swedish radio said that the incident was 'surreal'.

“From nowhere, two police officers came running and shouted 'police, police'. Then two shots were fired, and everyone started running. I was thinking, 's**t, something is on',” he told a local radio station.

Following the incident, police patrols have been bolstered in public places across Malmö.