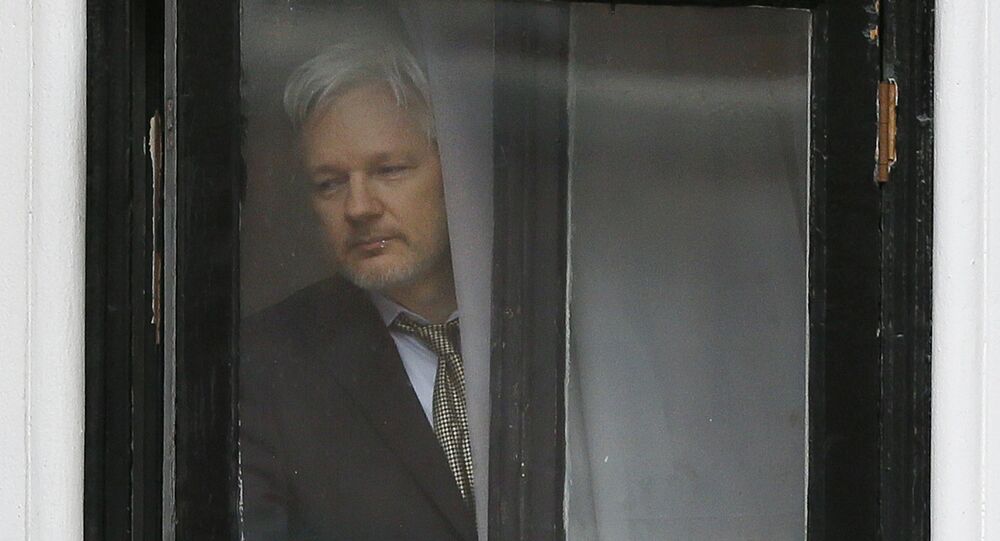 Earlier in the day, the Westminster Magistrates' Court postponed the second hearing on Assange's extradition until 12 June, citing the whistle-blower’s poor health.

A member of the Socialist Equality Party attended a rally in support of Julian Assange, which was organised by activists outside the court building on Thursday. He explained why the rally could not have been missed by anyone who cares about press freedom.

"The reason why we've come today is to really explain the significance of this new charge under the Espionage Act that criminalises journalism completely, and principled journalists in particular, like Julian Assange", the participant of the rally said.

He also believes that it is necessary to oppose a system that is criminalising the truth and promoting lies.

"That means the mobilisation of the widest population to oppose imperialist war abroad, which is coupled with class war at home. The attack on democratic rights is connected to the drive towards war; they cannot go to war and have a welfare state, and have workers fighting for better wages and better conditions. The two are interlinked. So, our campaign in defence of Julian Assange is all-encompassing", the member of the UK's SEP said.

According to the activist, if it wasn't for WikiLeaks and Julian Assange, the US would probably have militarily intervened in countries like Iran a long time ago.

"Because of the crimes which he has exposed, they have actually had to think twice, and again, that's why they've got to silence him. That's why it's critical that everybody has to come out and defend people like Julian Assange and, one must say, Chelsea Manning", the rally participant concluded.

READ MORE: Assange Supporters Protesting in London: 'The Americans Only Want His Head'

Earlier on Thursday, WikiLeaks expressed its concern over the fact that Assange had been moved to a hospital wing of Belmarsh prison. Julian Assange was arrested in London on 11 April after his asylum at the Ecuadorian Embassy was revoked. The whistle-blower requested asylum back in 2012 after rape allegations were made against him in Sweden. Assange has repeatedly denied all the accusations, saying that they were just a pretext for his extradition to Sweden and subsequently to the United States, where — under US law — he could face up to 175 years behind bars.