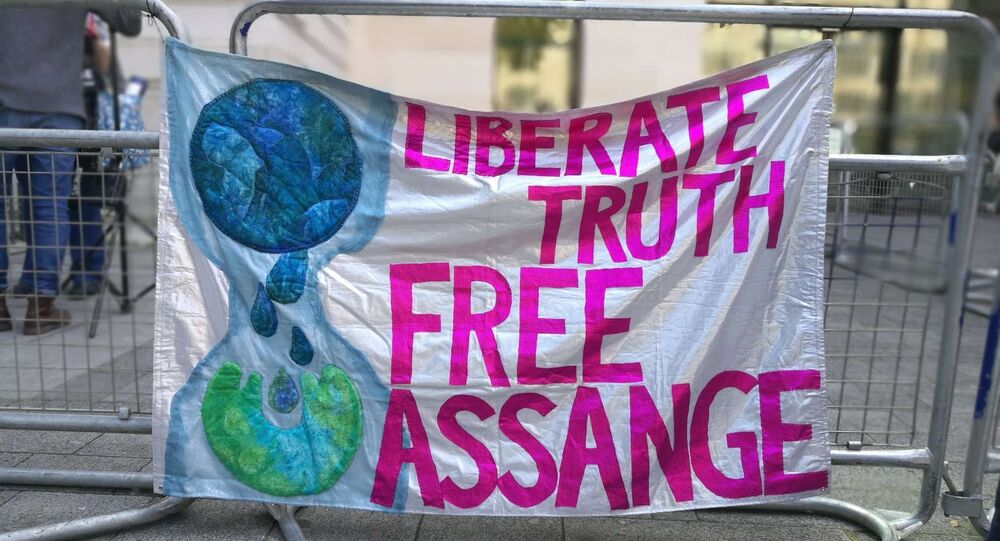 Dozens of supporters of WikiLeaks founder Julian Assange have gathered in front of Westminster Magistrates Court in London, where the second hearing over his extradition was to take place.

Commenting on the current situation around the famous whistle-blower, activists from Ecuador have claimed that authorities in Washington are likely to "kill Assange" if he is extradited to the US.

"The current country's [sic] president, [Lenín] Moreno, he is a traitor and he has sold Julian Assange to the Americans and to Trump", one of the activists told Sputnik.

According to another Assange supporter, "the things that Julian Assange had in the Ecuadorian Embassy were his but the President [Lenín Moreno] has sold it to Trump and to the Americans".

"And the Americans only want his head. They will probably kill him if they get him", the protester claimed.

Earlier on Thursday, the Westminster Magistrates' Court decided to postpone the hearing on Assange's extradition until 12 June due to the whistle-blower's poor health condition.

WikiLeaks said earlier in the day that Assange, who was detained over a breach of bail conditions in the United Kingdom and is facing potential extradition to the United States, had been transferred to a health ward.

© Sputnik / Lourdes Gómez
Assange Supporters Rally Outside Westminster Magistrates Court (VIDEO, PHOTOS)
Assange is currently serving a sentence of 50 weeks in the United Kingdom over jumping bail and taking refuge in the Ecuadorian Embassy in London. In the United States, he is wanted on espionage charges and may face up to 175 years in prison.

The WikiLeaks co-founder could also face extradition to Sweden, where prosecutors have decided to reopen an investigation into sexual assault allegations against him.