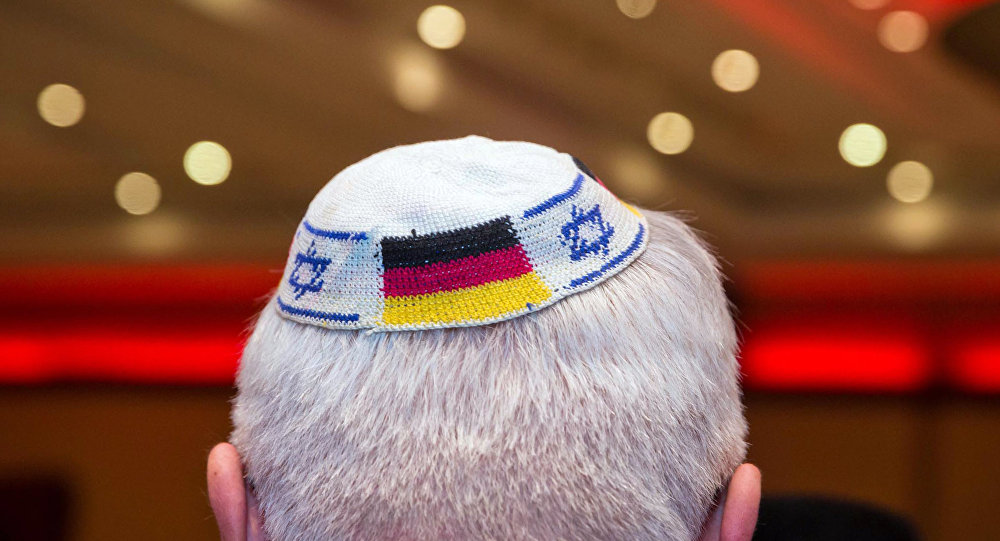 Germans Urged to Wear Jewish Yarmulke in Show of Solidarity

Earlier, Germany's commissioner on anti-Semitism, Felix Klein, sparked indignation by saying he “cannot advise Jews to wear the kippah everywhere all the time in Germany” due to spiralling anti-Semitism and anti-Jewish attacks in the country.

Germany's government commissioner on anti-Semitism, Felix Klein, has urged people to wear the traditional Jewish skullcaps in a show of solidarity with Jews before the upcoming anti-Israel protest, set for Saturday.

“I call on all citizens of Berlin and across Germany to wear the yarmulke next Saturday if there are new, intolerable attacks targeting Israel and Jews on the occasion of Al-Quds Day in Berlin,” Felix Klein said Monday.

Klein also summoned people to take to the streets in pro-Israel rallies instead.

Earlier, in an interview on 25 May, the commissioner had sparked indignation by saying he “cannot advise Jews to wear the kippah everywhere, all the time in Germany” due to spiralling anti-Semitism and anti-Jewish attacks in the country.

Israeli President Reuven Rivlin was “shocked” by the statement, calling the warning to “capitulation to anti-Semitism” and glaring proof that Jews were unsafe in Germany.

The anti-Semitism commissioner for Berlin's Jewish community, Sigmount Königsberg, told Deutsche Welle he was saddened and disappointed by Klein’s statement.

“I would have expected him to add that he'll do everything in his power to make sure Jews can wear their kippah everywhere in Germany and at all times of the day and night,” he said.

Königsberg voiced hope that Klein's warning would provoke society and politicians to spring to action and take measures to ensure that “Jewish people can openly wear their kippah in public.”

Addressing the rise in anti-Semitism, German Chancellor Angela Merkel said that Germany has “always had a certain number of anti-Semites among us, unfortunately”.

Speaking to reporters on Monday, Merkel's spokesman acknowledged the state's responsibility to provide security for Jews.

“The state must see to it that the free exercise of religion is possible for all… and that anyone can go anywhere in our country in full security wearing a kippah,” Steffen Seibert told a press conference.

The German minister’s call comes against the backdrop of increased anti-Jewish attacks in Germany.

According to official figures, there were 1,646 anti-Semitic crimes in Germany in 2018, marking a rise of 10 percent over the previous year.

US Ambassador Urges Jews in Germany Not to Fear Wearing Kippah