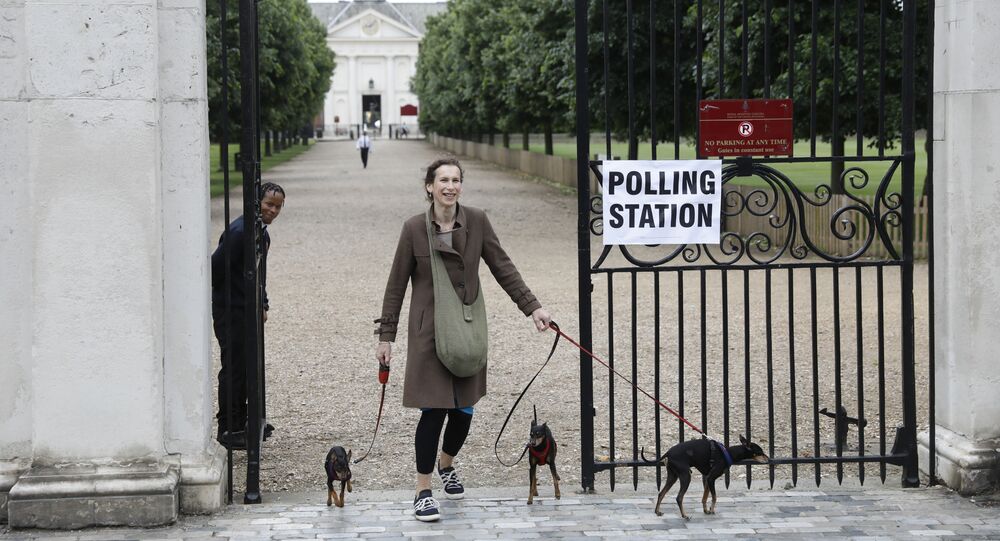 According to a report by The Stream’s John Zmirak, as Muslims are increasingly moving to traditionally non-Islamic countries, there have been calls to bring and entrench at least some of their cultural norms, including their aversion to dogs.

In one of his latest reports, John Zmirak, a social and business writer, as well as a senior editor at The Stream, has cited a number of flyers that were circulated in Hoffman Park in Vancouver, asking dog owners to keep their “filthy” pets on leashes due to “Many Muslims living in the area”.

“Please keep your dogs on a leash and away from the Muslims who live in this community”, CTV Vancouver quoted the flyers as reading back in 2017. Mayor John Becker then notably came up with a vague reaction: while arguing that the notices had not been produced by the city, he said that there were “current bylaws in place that enforce areas for dogs to be on leash, except in designated off-leash areas”.

Zmirak went still further, citing another “weird, hyper-polite anomaly”, as Muslim politicians in the Netherlands, which has also seen a vast influx of immigrants over the past few years, had attempted to ban dogs from The Hague, the third biggest city in the country. In Spain, the author went on, local politicians managed to reject such a ban; however, by a twist of fate, a dog-poisoning spree followed closely.

In Britain, meanwhile, the situation is not much different, and perhaps even more glaring as Zmirak cited an earlier report by the Gatestone Institute that branded the UK as “ground zero” for Europe’s canine controversies, as blind passengers “are being ordered off buses or refused taxi rides because Muslim drivers or passengers object to their ‘unclean’ guide dogs”.

The author called out the controversies as a suggestive “sign of the times”, with the notices in “the Canadian dog park” telling the public much of “what we’d rather not think about”. “That kind of sign notifies you when your country has been colonised”, Zmirak stated resolutely, going on to draw parallels between native Europeans and Native Americans, the way the latter felt when their chiefs ordered them to stay out of a traditional “hunting area”.

“The English or Spanish now claimed it. Or when Europeans fenced in the open fields. Or cut down a forest. And natives’ chiefs warned them solemnly not to go on the warpath. They didn’t have the strength. It was too late for that, too late”, Zmirak noted.

He argued that in a number of European cities, it is already the case, as there are unspoken and even openly “no-go” Muslim areas in Paris or Brussels, with police being “afraid to venture” there. He also brought up popular British right-winger and Islam-critic Tommy Robinson who happened to learn recently, while on his campaign trail, that the city of Oldham is currently a no-go zone, too.

“In weeks before, left-wing protestors started dumping milkshakes over Robinson and other right-wing figures (the latest: Nigel Farage)”, he stated, mentioning the fact the liberal media had treated the assaults as comical, rushing to “essentially blame the victims”.

Meanwhile, in the US, the state of affairs in the field is pretty much the same.

Like in Britain, there have been multiple reported cases of blind travellers being refused rides by Muslim taxi drivers. According to a PJ Media article, over 75% of the Minneapolis Airport taxi drivers are Somali and many of them have refused service to fares with dogs. “When forced to do so, some of them simply quit”, the report stated.

Moving on to conclusions, John Zmirak brought up again the European colonisation of North America, arguing that European settlers didn’t seek to assimilate to the ways of Native Americans. “The parallels with mass Muslim immigration into Europe are grimly obvious”, he asserted, adding that to some extent, the “eerie parallels” apply as well to “mass, illegal Latin American” migration into the US.

Rodrigo Abd
'Chain Migration to US is a Huge Problem, Numbers Are Way Too High' - Researcher

It appears there are more questions than answers to the European and American migration issue:

“Is what we’re seeing in Europe a mass colonisation by cohesive, intolerant Muslims? Is the US enduring a mass colonisation (against its will and its laws) by people whose culture is starkly different from our tolerant Anglo-American heritage?” Zmirak wondered, leaving his piece thought-provokingly open-ended.