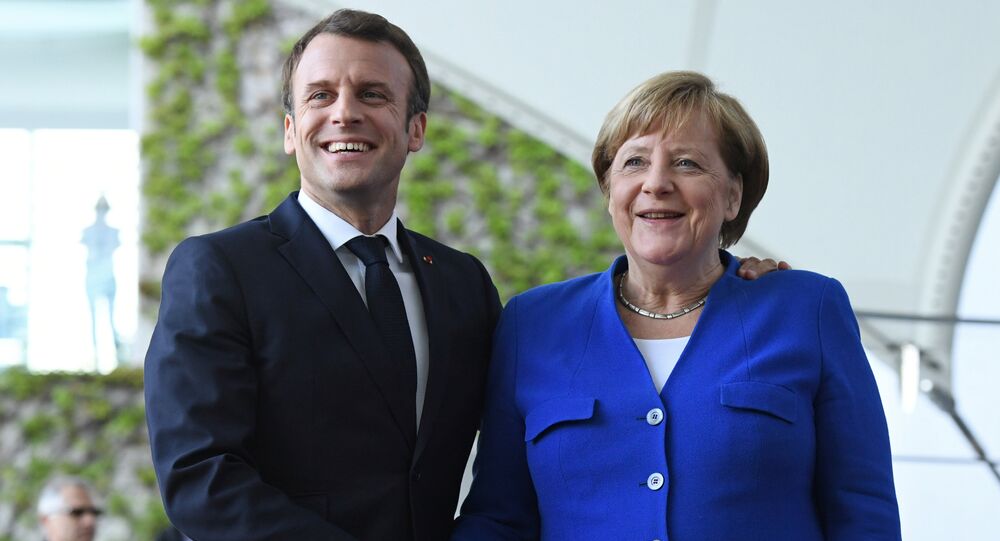 The German chancellor has joined several other European countries, signaling her support for an initiative launched by French President Emmanuel Macron. While some welcomed her move, others have reminded the politician about her other climate pledges, “buried after the campaign”.

While addressing representative from 35 countries at the 10th Petersburg Climate Dialogue in Berlin German Сhancellor Angela Merkel voiced her commitment to devise a plan to make her country CO2 neutral by 2050. She announced that her government’s climate cabinet should suggest its take on how to attain this goal.

The cabinet committee, chaired by the chancellor herself and including ministries dealing with environmental and climate issues, will discuss measures needed to reach the target. However, as the politician pointed out, the debates "should not be about whether we can reach that goal but about how we will reach it”. According to her, it is not about cutting CO2 emissions completely.

"If there are still CO2 emissions, we must find alternative mechanisms to store this CO2 or offset it”, she said, as cited by Euronews.

The German government is expected to develop a position by September when government leaders meet in New York for a UN climate summit.

The German outlet Die Zeit points out that this is the first time Angela Merkel has signalled Germany could back the climate initiative floated by French President Emmanuel Macron to create a climate-neutral Europe by 2050. In addition to France, eight other EU states have already supported the proposal. Merkel noted that she wished Germany could join them but pointed out that her country should come up with a plan on how to reach the goal first.

"If we find a reasonable answer, then we can join the initiative of the nine other EU states”, she said.

At the same time, Merkel did not specifically comment about a new tax on carbon dioxide (CO2) emissions, she instead spoke about studying such spheres as transport, housing and agriculture in order to find out "what mix of regulations and perhaps also market-based methods" could help.

The move has been welcomed by journalists and activists in Europe. Greenpeace EU climate policy adviser Sebastian Mang referred to her remarks as “a sign that Germany does not want to stand in the way of EU climate action”.

"This shift makes it possible for EU governments to endorse climate neutrality. But to regain its credibility as a climate champion, Germany will have to push to bring EU 2030 climate targets in line with scientific advice and support drastic action to avoid climate breakdown”, he told Euronews.

However, some recalled Merkel’s failed climate pledges to reduce carbon dioxide emissions by 40% by 2020. The German Environmental Aid’s press officer Ann-Kathrin Marggraf noted that it was "unceremoniously buried after the campaign" and that the government blocked "efforts to introduce binding sector targets for energy, transport and buildings, as well as tangible measures including a CO2 tax”.

"The environmental community has stopped believing in the chancellor's promises. People don't want to see more promises. They would like to see action”, she said to Euronews.

Over 70 Climate Change Protesters in London Slapped With Charges - Police