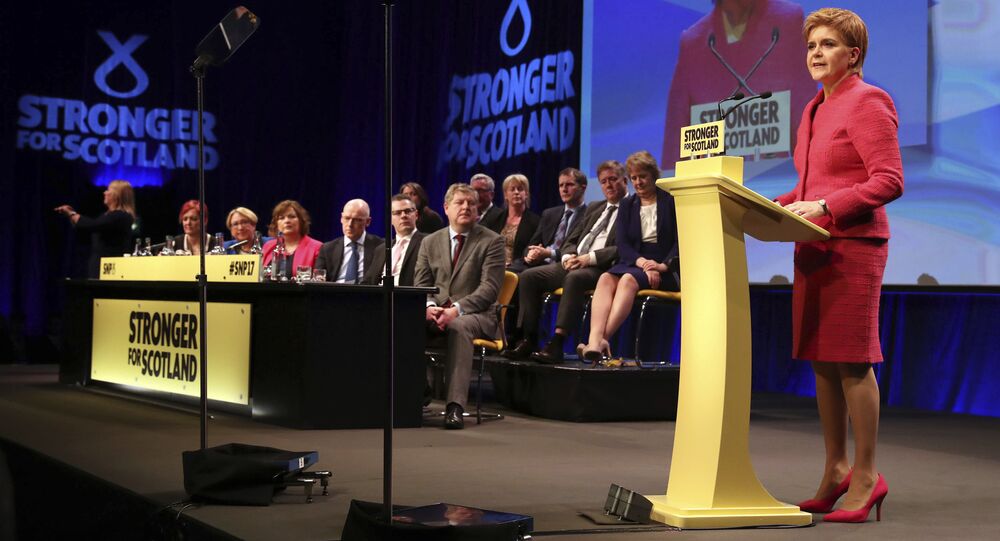 As Brexit has changed Scotland's economic and political conditions, Ms. Sturgeon said that another vote should be held "in the lifetime" of Scottish parliament, which will end in 2021.

Scottish first minister Nicola Sturgeon has vowed to launch a fresh campaign for Scottish independence in two years, stating that independence was a "route to avoiding the worst of the damage Brexit will do".

The First Minister said that she would also table legislation later in 2019 in order to bid for a new referendum. But the UK government would need to approve the motion first.

Ms. Sturgeon said in a speech to Scottish Parlaiment: "My party was elected with a mandate to offer that choice within this parliamentary term should Scotland be taken out of the EU against our will.

She said that there was also a "majority in this chamber for that position" as well as "polling evidence" suggesting that a "majority in Scotland want a choice on independence".

She added: "There are some who would like to see a very early referendum; others want that choice to be much later."

Whilst Ms. Sturgeon said that Scotland "cannot wait indefinitely" for a new referendum, she added that rushing a decision before "a Brexit path has been determined" would not allow for "an informed choice to be made.

"That is why I consider that a choice between Brexit and a future for Scotland as an independent European nation should be offered in the lifetime of this parliament," the First Minister said.

She stated that if Scotland were taken out of the European Union, the country should have the option to decide its own future. "That would be our route to avoiding the worst of the damage Brexit will do," she asserted.

She also argued that the case for Scottish independence was "even stronger now given the profound changes" that had taken place since 2014.

"In that time we have seen the limits of Scotland's influence within the UK and, in sharp contrast to that, the power that independent nations have as members of the EU," she said. Independence would allow Scotland to "protect" its place in the EU as well as defend against "decisions against our will and contrary to our interests cannot be imposed on us by Westminster".

UK prime minister Theresa May stated she would not agree to another Scottish referendum, but Ms. Sturgeon challenged Ms. May's position, stating that it would "prove to be unsustainable". The Scottish FM said that Edinburgh should act quickly so that it would not "squander valuable time now in a stand-off with a UK government that may soon be out of office".

She added: "Those who oppose independence are of course entitled to argue that case, but it must be for the people to decide.

Nicola Surgeon's comments came after hundreds of thousands of Remainers marched in London demanding a "people's vote". Sturgeon was joined by SNP Westminster leader Ian Blackford, as well as Birmingham Yardley MP Jess Phillips and supported by London mayor Sadiq Khan. Scotland last held a in September 2014, with 44.70 percent voting for and 55.30 percent of Scots voting against leaving the UK.

My Independent Scotland is Part of Europe but Not the EU