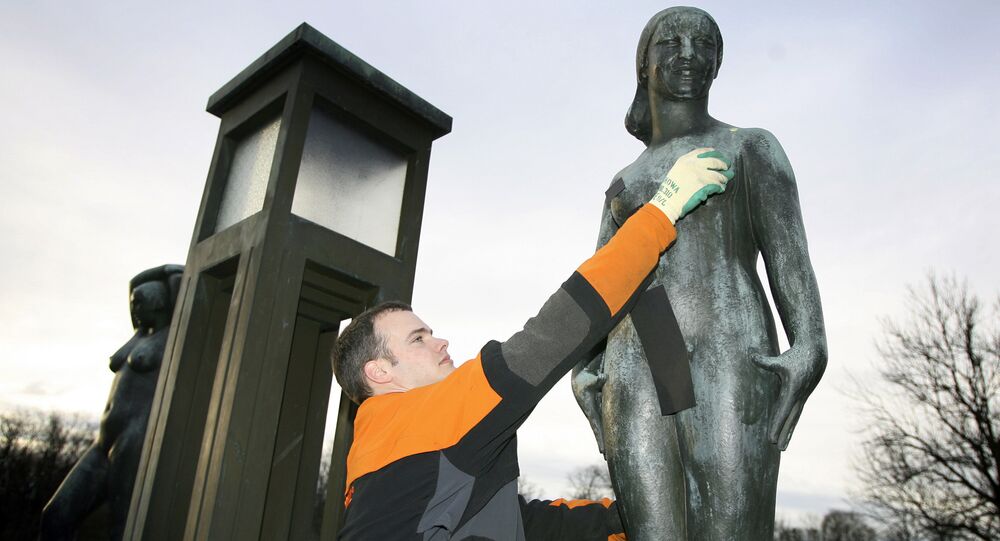 According to the Norwegian Socialist Left Party, men are over-represented when it comes to statues. Additionally, most female statues are naked and nameless. To remedy this perceived problem, it proposed quotas for statues of known women.

Norway's Socialist Left Party has taken its battle for gender equality to a higher level by combatting the disparity in the number of male and female statues.

A number of Norwegian cities, such as Tromsø, Bodø, Drammen and Moss, lack any female statues whatsoever, while the nation's second-largest city, Bergen, only boasts two statues of prominent women. The rest are either naked or nameless — or both. By contrast, composer Edvard Grieg has been honoured with six statues in Bergen alone.

To rectify this imbalance, the Socialist Left proposed erecting at least ten statues of women in Bergen over the next ten years, the NRK national broadcaster reported.

"When all hero sculptures are of men, it gives the impression that men have driven the entire history, while the ladies have been invisible and haven't mattered much", Socialist Left representative in Bergen City Council Oddny Miljeteig explained.

According to Miljeteig, this proposal should have come a while ago.

"It should have been done 150 years ago. However, how wrong it has become has only been acknowledged only in the past few years. How we have to act, otherwise we'll have half of the 2000s filled with only memorials of men", she added.

Climate, cultural affairs and business Commissioner Julie Andersland of the Liberal Party welcomed the proposal as it would put more women in the spotlight.

"It is very unevenly distributed. It will make our city richer if we get promote some of the important women", Andersland said.

At the same time, she conceded that the rate of one statue per year was too ambitious, as it could compromise artistic integrity.

Ordinary Norwegians reacted rather sympathetically, suggesting which possible candidates could be honoured with statues.

"Now, a stop must be put to this. It seems that in Bergen and other cities, only men have done something that makes it worthwhile to be put on podium or have streets called after them", Miljeteig explained to NRK.

A review of Bergen's streets and squares by NRK revealed 285 male names and only 29 female names.

According to the 2017 book "Fixed Place. Norwegian Women on Podium", the whole of Norway had "only" 80 statues or monuments of renowned women. Of them, 30 were in Oslo. Another problem is that women statues are often relegated to secluded places. For instance, there was not a single female statue outside of the Storting, Norway's parliament. The book also stressed that the Norwegian authorities only sponsored a single female statue on their own initiative — that of crown princess Märtha. The rest were raised via private donations or fundraising campaigns.