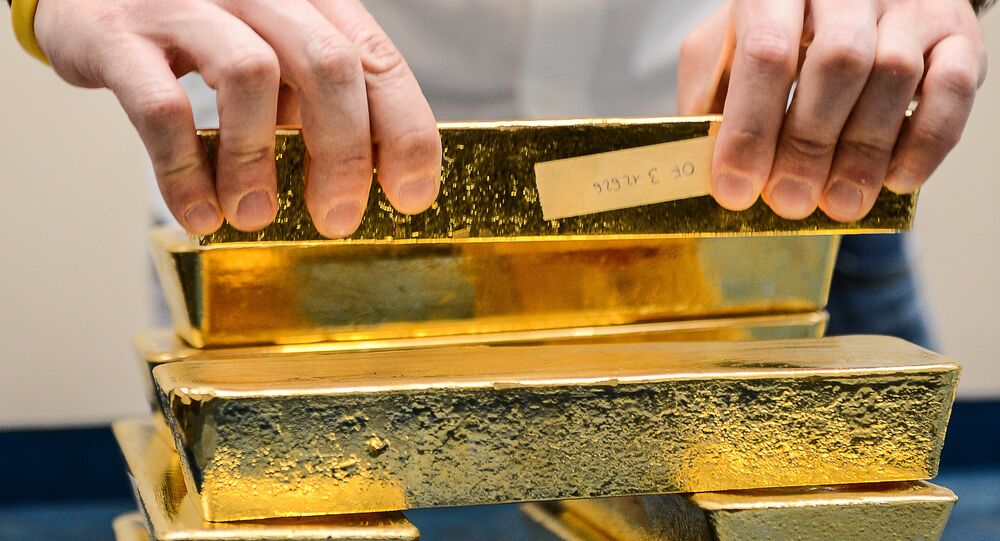 In February, Italian Deputy PM and Interior Minister Matteo Salvini said that the country’s central bank and Consob, the country’s stock market regulator, should be “reduced to zero” and that “fraudsters” who brought losses to Italian savers should “end up in prison for a long time”.

One draft law will reportedly oblige the central bank’s owners to sell their shares to the Italian Treasury at prices from the 1930s, while the second piece of legislation may declare Italian people to be the owners of the Bank of Italy’s reserves of 2,452 metric tons of gold, which is worth about $102 billion. The Bank of Italy currently remains part of the European System of Central Banks.

“The gold belongs to the Italians, not to the bankers. We are ready to battle everywhere in Italy and to bring Italians to the streets if necessary”, Giorgia Meloni, leader of the Brothers of Italy, an opposition party that supports both bills, underscored.

The draft laws are supported by at least 60 per cent of Italian lawmakers, which is “more than enough” for them to be approved, according to the WSJ.

Bank of Italy Governor Ignazio Visco has, meanwhile, expressed dismay over the issue, describing gold as “part of the assets of the Bank of Italy” which he warned “can’t be used for monetary financing of the Treasury”.

He was echoed by Gianluca Garbi, chief executive of the Banca Sistema SpA bank, who claimed that “this [the government’s push to take control of gold reserves] looks like revolutionary expropriation”.

© AP Photo / Michael Probst
International Gold Prices Climb to One-Week High Amid Dollar Slowdown
In February, Italian Deputy PM and Interior Minister Matteo Salvini claimed that “if you are here with your current account in the red, it’s because the people who were supposed to control things didn’t do so”.

Deputy Prime Minister Luigi Di Maio, for his part, emphasised that “a change of course” at the Bank of Italy is needed “if we think about what happened in the last years” – something that he said means that the current administration of the regulator should be replaced.