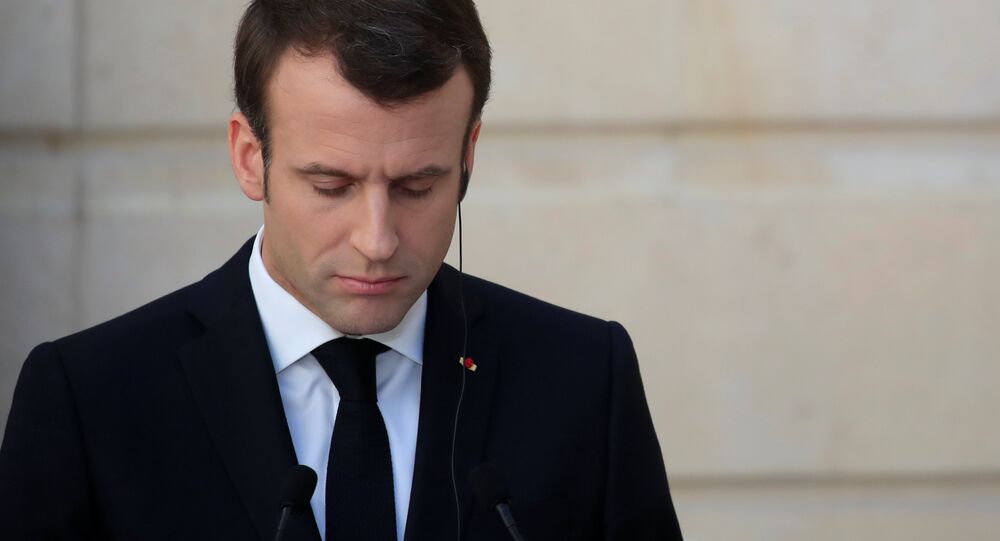 The French President’s remarks come about a week after the European Commission published a ten-point list on the balancing of relations with Beijing amid China's growing economic and political clout.

French President Emmanuel Macron has stated that “the period of European naivety” regarding the EU’s relations with China is over.

“The relationship between the EU and China must not be first and foremost a trading one, but a geopolitical and strategic relationship,” Macron told a news conference after an EU summit in Brussels on Friday.

He said that during the summit, EU leaders approved the introduction of the so-called “strategic investment control tool” related to Brussels’ relations with Beijing as well as the principle of reciprocity in opening state markets.

Macron also supported the introduction of 10 points on the development of the EU-China economic relations outlined by the European Commission earlier this month.

The French President also urged the EU to “confront the United States and China, which remain allies on certain issues”. He claimed that the EU has what he described as “systemic opponents” who are both trading partners and investors.

“We have adhered to a multi-directional approach for years, and China, I must say, took advantage of our differences,” Macron claimed, adding that some countries very much depend on foreign investment, particularly that of China.

He warned the EU countries not to negotiate infrastructure and strategic investments on a bilateral basis, urging them to jointly coordinate their actions at the EU level, utilising a single approach.

Macron’s remarks came after US President Donald Trump once again threatened to impose tariffs on European cars and car parts in late February if Brussels and Washington cannot come to an agreement on trade.

The EU wants to abolish tariffs in trade with its transatlantic partner, while the US wants to gain access to the European agricultural market, something that could potentially threaten the farming industry in France and several other countries.

In mid-July 2018, Trump said that Washington was considering the introduction of 20 percent duties on all vehicles assembled in the EU.

During his meeting with European Commission President Jean-Claude Juncker later that month, Trump pledged a mutual cancellation of "all tariffs, barriers and subsidies" in trade with the European Union in order to provide for "fair trade".

READ MORE: EU Has 'Full Support' of Members to Hit Back at Possible US Car Tariffs — Report

© REUTERS / Fabian Bimmer
German Car Makers May Lose ‘Billions of Dollars’ if Trump Slaps EU With Auto Tariffs
US-EU relations have been tense since June, when Brussels imposed tariffs on iconic US goods, such as Harley-Davidson motorcycles, jeans and whiskey, worth $3.3 billion, in a tit-for-tat response to Trump's move to introduce 25-percent tariffs on steel imports and 10-percent duties on aluminium.

This comes amid Washington’s trade spat with Beijing that escalated after Trump announced in June 2018 that $50 billion worth of Chinese goods would be subject to 25 percent tariffs in a bid to fix the US-Chinese trade deficit.

Since then, the two countries have exchanged several rounds of trade duties against each other, but in December, Trump agreed to postpone increasing the tariff on $200 billion in Chinese imports to 25 percent; the move was initially slated to take place on 1 January.