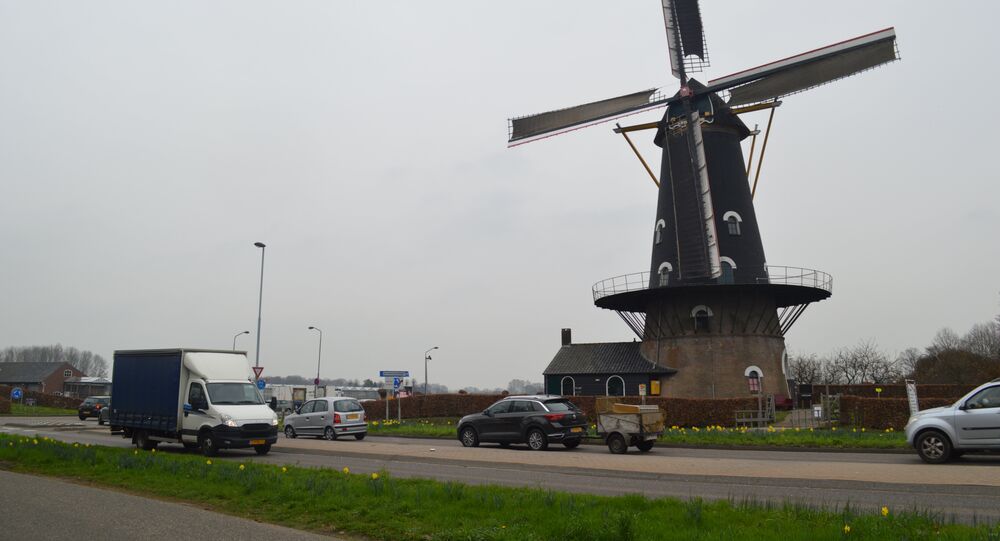 On Wednesday Dutch voters are picking candidates who will take seats in the country’s Provincial Councils. The elections appear to be somewhat overshadowed by the recent tram attack in Utrecht, but it affected people in big cities and in the countryside in different ways.

The streets of Amsterdam look quite typical on Wednesday morning, with hazy skies reflecting in the canals and groups of tourists walking down narrow stone-paved streets. But some details look strikingly different. Police helicopter is patrolling the sky and State Secretary for the Interior Raymond Knops is in the studio of the morning TV show to talk about the aftermath of the Monday Utrecht tram attack.

Many Amsterdam commuters stop by to cast their ballot right at the city’s central train station. Curt Simons is the chairman of the Amsterdam Central polling station. He told Sputnik that the turnout in the morning hours was unusually high:

“It’s quite busy, I wasn’t expecting that much people already, but it seems like people really want to vote today. I can’t really say what’s the reason for that: maybe it’s not raining, and maybe also what happened on Monday in Utrecht – maybe that gives people more reason to vote.”

The shooting, which left 3 people dead in the city of Utrecht caused outrage around the world. The suspect – a 37-year-old Turkey-born Gokmen Tanis, had a long criminal record, which included illegal possession of a firearm, accusations of rape and manslaughter.

The leader of Holland’s nationalist Party for Freedom Geert Wilders said that the incident is a direct consequence of the country’s mass immigration, slamming the ruling People’s Party of Freedom and Democracy, the Labor Party, and the government “for letting these types of people in”.

Voters in the country side, including the Province of North Brabant, remained mainly unaffected by Wilders' rhetoric.

One of the most picturesque and exotic election-related locales ever – the Kerkhovense Mill in Holland’s North Brabant. The Mill is actually functioning, while voters cast their ballots at the polling station on the ground floor, right in the store which sells local produce. pic.twitter.com/psgk8qKOTD

The Kerkhovense Mill is a unique landmark in the North Brabant Province, where the functioning windmill has been hosting the local polling station for more than 15 years. Betty, the store keeper sells local produce – bread, cookies, eggs from nearby farm.

“These elections are very important” – Betty says – “Today is the provincial election, but it appears that eventually the government will lose the majority in the Senate and after Monday’s incident we’re going to see a totally different outcome of the elections.”

© CC BY 2.0 / Mingo Hagen / 3 Police
LIVE UPDATES: Dutch Police Arrest Suspect in Utrecht Shooting (PHOTO, VIDEO)
When asked whether her customers talked about the Utrecht attack on the election day, Betty admitted that the topic came up several times, and people here are grieving, just like anywhere else in the Netherlands. Nevertheless not many of those who live in the countryside support anti-immigration rhetoric, and she, personally, does not like what Geert Wilders from Party for Freedom and Thierry Baudet from the emerging Forum for Democracy party have to say:

“We have to stay strong, and I hope that “the two parties on the right”– they will not “survive” the vote.“

© AP Photo / Christian Charisius
No Direct Ties Between Utrecht Shooting Suspect and Victims - Dutch Police
The 2019 Provincial Elections in the Netherlands is the final stage before the country’s senatorial vote, which is scheduled for 27 May. Besides members of provincial councils, on 20 March the voters picked candidates for water boards – the regional governmental bodies that manage water-related issues, from its quality to its levels and to condition of the waterways. The provincial councils are being elected in the country’s 12 provinces, while voters in the Caribbean Netherlands pick members of island councils.
...
Reddit
Google+
Blogger
Pinterest
StumbleUpon
Telegram
WhatsApp
50
Tags:
local elections, terrorist attack, Utrecht, Amsterdam, Netherlands
Community standardsDiscussion
Comment via SputnikComment via Facebook