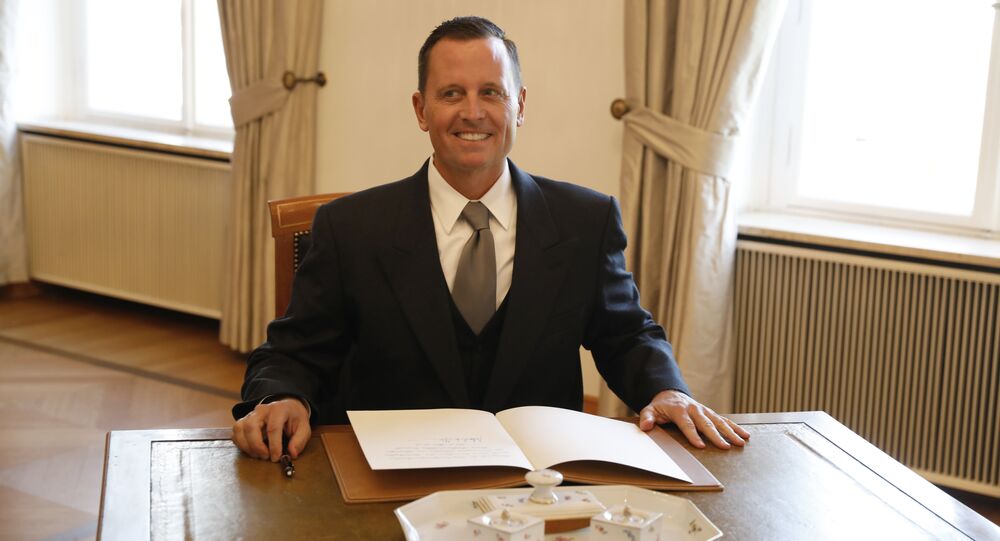 "The fact that the US ambassador again interferes in political issues of the sovereign Federal Republic can no longer be tolerated… I call on Foreign Minister Heiko Maas to immediately declare Richard Grenell persona non grata. Anyone who, as a US diplomat, acts like a high commissioner of an occupying power must learn that our tolerance also has limits," Kubicki wrote on Facebook.

© Sputnik / Leo Alvarez
Venezuela Declares German Envoy Persona Non-Grata Over 'Interference in Internal Affairs'
On Monday, Grenell criticized Germany for moving away from NATO's target to spend 2 percent of GDP on defense when planning the budget.

Media reported in January that Grenell had sent letters to a number of German companies hinting that Washington could introduce sanctions for supporting the Nord Stream 2 gas pipeline project. The Handelsblatt newspaper then reported that the German Foreign Ministry had described Grenell's letters as a "provocation."

Earlier in the month, media reported that Grenell had warned German Economy Minister Peter Altmaier that the US administration would limit intelligence data sharing with the German government if Chinese telecommunications giant Huawei was allowed to participate in the development of German telecom infrastructure.