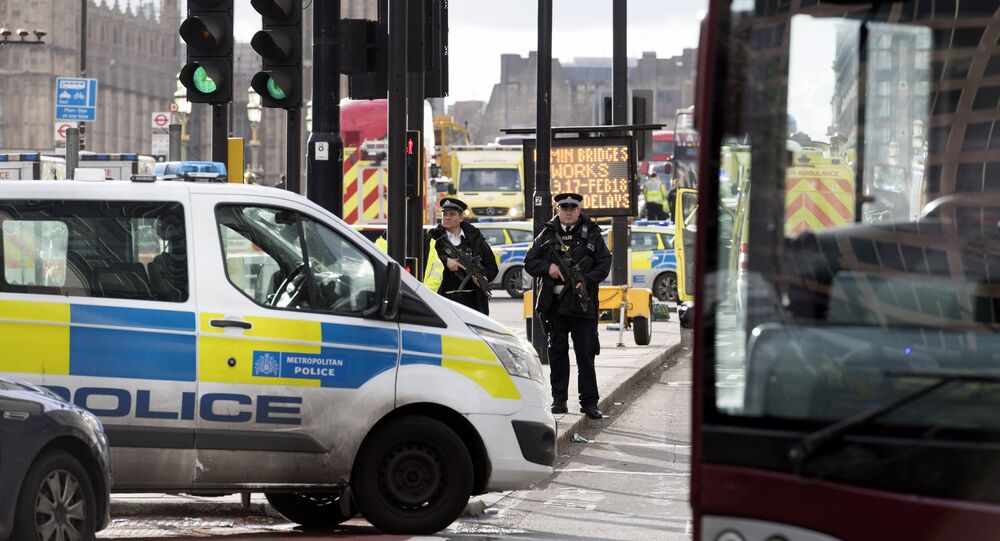 According to the Sky News broadcaster, Javid on Wednesday met with seven police chiefs from the areas with the higher rates of knife crimes to discuss possible ways to tackle the problem. The meeting came after UK Prime Minister Theresa May said on Monday that there was no direct link between the surge in stabbings and police cuts. According to the broadcaster, the police chiefs have to set out the amount of money they need until Friday.

The broadcaster informed that at least 35 people were stabbed to death in the United Kingdom since the beginning of 2019.

Investing in opportunities for young people is at the heart of our approach to tackling violence. Earlier this week I visited @CroydonBMEForum, which we fund to give training & support to grassroots BAME organisations providing activities for young people affected by knife crime. pic.twitter.com/gpkWQ2WZqr

© Sputnik / Evgenia Filimianova
UK Police Arrest 6 People After Lancashire College Knife Attack
Following the meeting, Javid said that police resources were very important to deal with, adding that the government must listen to the police when it talked about its needs.

All UK police forces have been experiencing cuts since 2010, with the government funding for the police being dropped by over 2 billion pounds ($2.6 billion) per year and over 20,000 jobs cut.