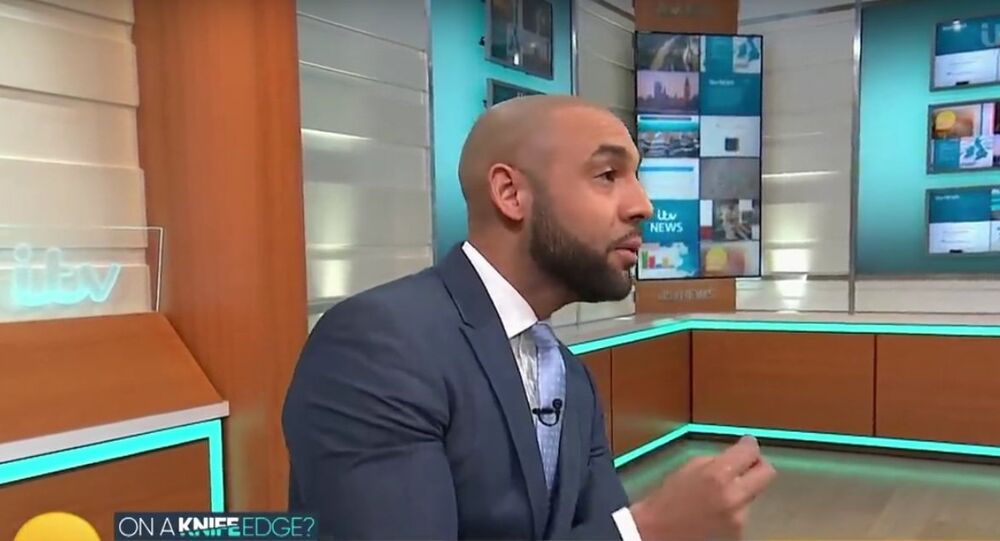 Good Morning Britain meteorologist Alex Beresford suddenly interrupted a knife crime expert's speech by saying that stabbing could not be stopped by imprisonment.

The presenters were interviewing the Chairman of the Police Federation of England and Wales, John Apter, who insisted on the need to build more prisons for criminals that attack using knives. Beresford unexpectedly joined the discussion; he was supposed to make a weather forecast during the next part of the programme.

READ MORE: 15 Years in Prison for Clicking on Terrorist Propaganda Even Once — New UK Law

He could not restrain himself and interrupted the guest.

"The prison is not working, sorry. I grew up in one of those criminal areas you are talking about, and prison is not a deterrent," he said.

He noted that children who grew up in a criminal situation are not afraid of prison. "If you don't change the environment, you won't change anything and that's the key thing," Beresford insisted.

38-year-old Beresford grew up in Eastville, an inner suburb of the English city of Bristol.

The debate about criminals was conducted against the backdrop of a wave of murders. March 2019 has already seen the murder of several teenagers in the UK.