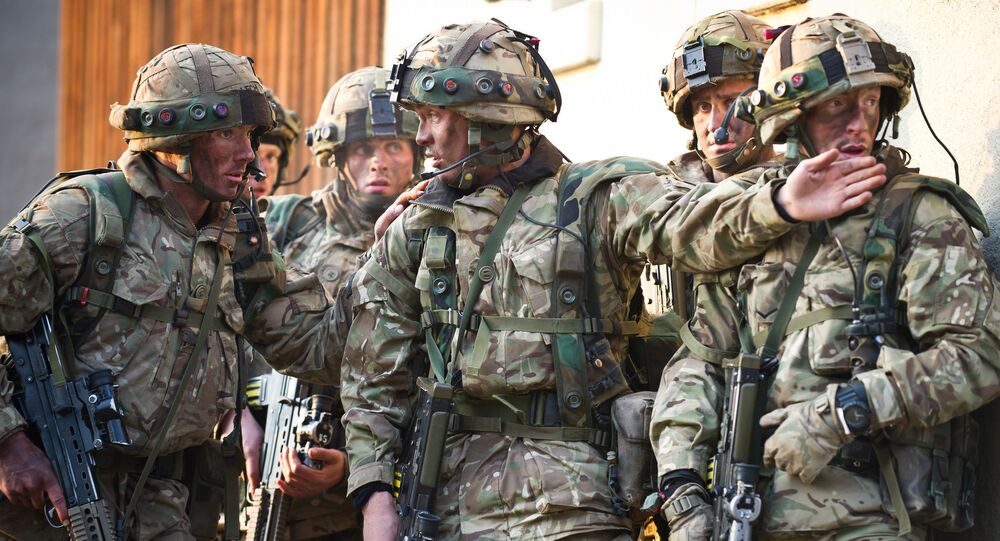 Metropolitan Police commissioner Cressida Dick has refused to rule out the prospect of using the army to crack down on knife crime, which has reached record levels across the country in recent years.

UK Defence Secretary Gavin Williamson has said the military "stand ready" to deal with the country's burgeoning knife crime epidemic — while law enforcement are yet to request such assistance, the controversial minister said army personnel "would always be ready to respond".

"I know that the home secretary is looking very closely at how he can ensure that everything is done to tackle this problem at the moment," Williamson said during a ministerial question-and-answer session 5 March.

Williamson's incendiary comments came mere hours after John Apter, national chairman of the Police Federation of England and Wales, slammed Prime Minister Theresa May after she claimed there was no link between cuts to police budgets and the exponential rise in knife crime in recent years. The number of police officers in England and Wales has dropped by over 20,000 since 2010.

"Our Prime Minister is delusional, steadfastly refusing to acknowledge what is plain for everyone else to see, and in the face of a national crisis that is deeply concerning. Policing has been stripped to the bone and the consequences are clear, splashed across newspaper front pages and TV news bulletins — children being murdered on our streets. What makes this all the more sickening is that it was predicted. This is the true cost of austerity we warned of but were ridiculed for doing so. May herself accused the Police Federation of ‘crying wolf' when we highlighted our concerns. Those concerns have become a reality but still the Prime Minister fails to accept the harsh truth," he raged in an official statement.

Figures cited by Federation reveal the number of children in England aged 16 and under who've been stabbed rose by 93 percent 2016 — 2018, and the number of police recorded offenders aged under 18 committing homicides using a knife or sharp instrument, rose 77 percent (from 26 to 46) in the same period. In March to date, two teenagers have been killed in knife attacks — Yousef Ghaleb Makki and Jodie Chesney. Chesney, a girl scout, was murdered in cold blood in Romford 1 March by an unknown attacker who marched up and knifed her in the back. The very next evening, Makki, a pupil at Manchester Grammar School, was stabbed in a wealthy Greater Manchester village. Two 17-year-old boys have been arrested on suspicion of his murder.