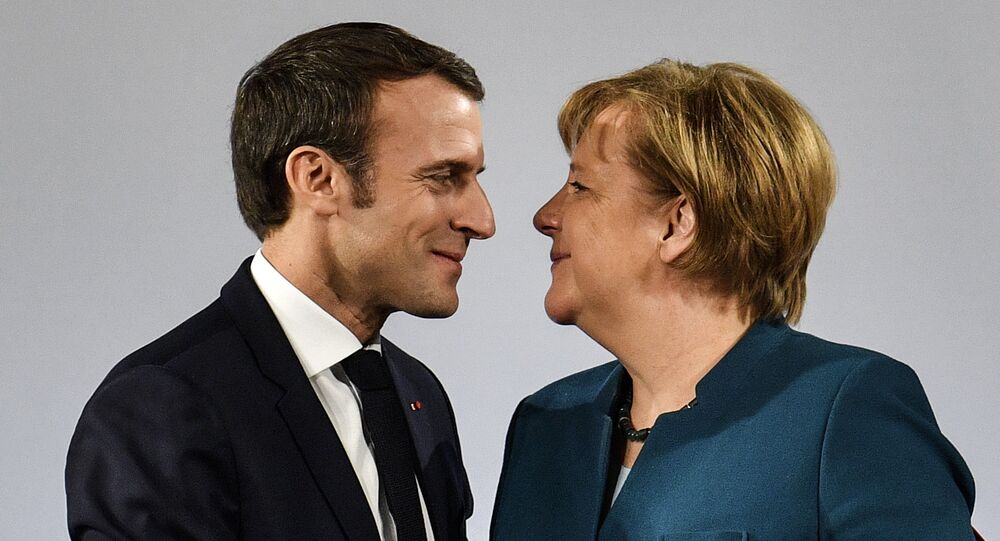 In a blow to Germany pushing for the Russian-European Nord Stream 2, France announced earlier that it would support changes to EU regulations that could hamper the venture. It was later announced that Emmanuel Macron would pass on the Munich Security Conference, where he was to speak with the German chancellor.

"There will always be opportunities for joint addresses with the French president”, he said noting that the German government t had been informed about the cancellation "some time ago".

However, he did not reveal the reasons for Macron’s move.

The joint address by Macron and Merkel had been billed as the highlight of the respected Munich Security Conference. According to the outlet, the conference received the cancellation notice last week. But it became public knowledge on 7 February amid debates about France’s support for amendments to the EU Gas Directive that could affect the Russian-European project Nord Stream 2, aiming to build a pipeline under the Baltic Sea to deliver gas bypassing Ukraine. However, Paris has denied that this change to Macron’s schedule has anything to do with the debates around the new regulations.

Seibert said that these differences are not being seen as a major problem for German-French relations, noting it could happen again and again as both countries “have different views on individual issues”. He pointed to the “basis of our solid and unbreakable friendship" in relations between the two countries.

Following a rocky two days, Angela Merkel announced on 8 February that EU member states had reached an agreement on the issue. EU nations have tightened the rules on Nord Stream 2, which is expected to run from Russia through the Baltic Sea to a hub in Germany, but have stopped short of changes that could undermine the project.