Ahead of the decisive vote in Athens on Thursday – a vote that is likely to result in expansion of NATO - Greek lawmakers have less than 24 hours to decide on the deal that would see FYROM change its name to the Republic of North Macedonia.

Sputnik spoke to European affairs analyst Yannis Koutsomitis about the impact of the vote on both Athens and Skopje, political prowess of current heads of government in both countries and NATO's strategic goals in Western Balkans.

Sputnik: Last week the Greek PM narrowly survived a vote of no confidence after his junior coalition partner withdrew support over the name dispute. And now he is facing the vote on the name change. What should Mr. Tsipras expect from the parliamentarians?

Yannis Koutsomitis: No all the MPs who supported him in the confidence vote will back the agreement. Some opposition MPs are considering voting for the agreement, 2 MPs from the Potami party and one MP who was until 2 days ago with the Movement for Change party, which rejected him for the willingness to vote for the agreement.

Overall, my estimate is that between 151-152 MPs will vote for the agreement, which is just above the absolute majority [in the 300-seat house].

Another interesting development could happen if the opposition party New Democracy files a motion for a vote of no confidence in the government, which will suspend and postpone the debate for at least 3 days. We expect the final decision by Mr. Kyriakos Mitsotakis [leader of Greece's New Democracy party] to be made later on Wednesday or early Thursday morning.

Sputnik: Greek parliamentary endorsement is a necessary step for the tiny ex-Yugoslav republic to start the process of joining the European Union and NATO. What are the significance and the implications of Macedonia's accession to these organizations?

Yannis Koutsomitis: If the Greek government gets the agreement passed through the Parliament, then there will be a notification by Athens to Skopje and to the Secretary General of NATO. After that, the Macedonian government will sign the accession protocol in Brussels. As I hear from Skopje, it is expected to happen sometime in February. Then, the accession protocol will be sent to the 29 NATO member states for ratification. According to the Greek government, Greece will be the first country to ratify it.

For NATO, Macedonia will be the newest addition in its military expansion, which is objected by Russia, as we know. Except for the president of Macedonia, the major parties agree to the country's membership of NATO. The problem is that the whole change of name and constitution in Skopje came into force amid dubious democratic procedures. There are concerns about how Zaev's government got the required votes to pass the decision.

In June, the European Commission is expected to again submit a membership request for Macedonia and Albania to the European Council. The agreement between Athens and Skopje is a key part to this membership request. We don't know yet, however, France's position, as Paris had serious objections last year. We also don't know who will be heading the Greek government in June because there is a possibility of a snap general election in May 2019.

My understanding that Mr. Mitsotakis will be very reluctant to open the accession talks for Macedonia in June.

Sputnik: What is NATO gaining in having Macedonia join the alliance?

Yannis Koutsomitis: I can't see great significance in that because Macedonia is not in a very strategic spot. Nevertheless, NATO's aim is to complete the accession of all Western Balkan states to the alliance, which could affect the Kosovo-Serbia dispute. It is a step for NATO, while Kosovo-Serbia issue is the ultimate goal to manage.

Sputnik: There appears to be massive opposition to the name change in Greece. How can it affect the popularity of Mr. Tsipras, especially given he is to stand in a general election in October?

Yannis Koutsomitis: There is no tangible profit for Mr. Tsipras and his Syriza party. We have seen dropping popularity numbers, especially in the north of Greece, where it got very difficult for Syriza to campaign. However, there is a possibility that Syriza could gain votes from other left and centre-left parties because of the move to support the name change.

Mr. Tispras has nothing to gain from this story and my take is that after the name change agreement is passed — he will focus more on issues, such as economy, to make the voters forget about the vote. It is a tense situation for Mr. Tsipras's party. 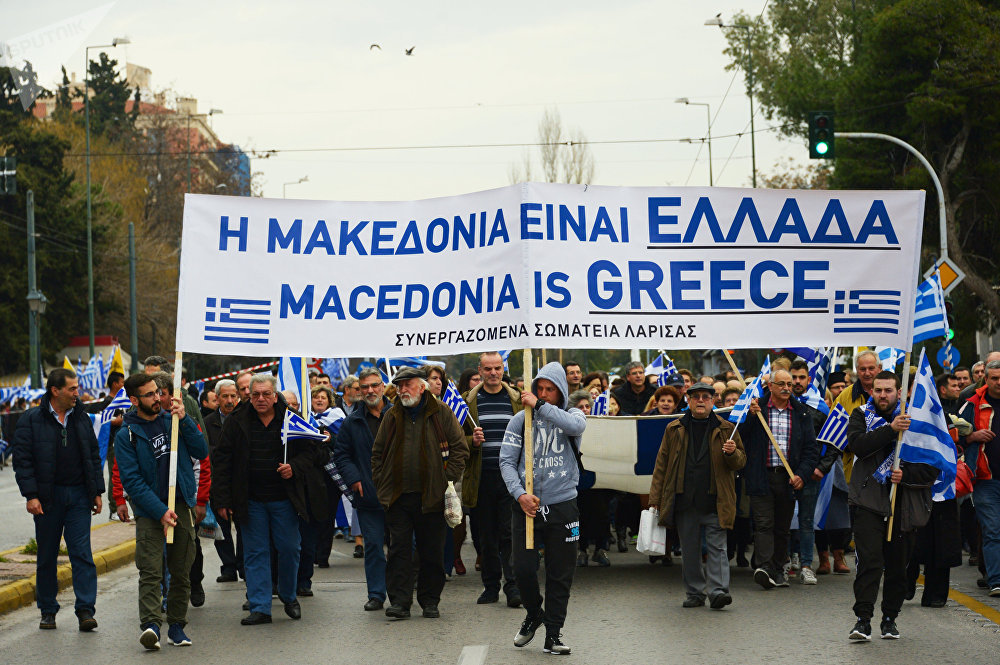 Sputnik: Despite the prospect of EU and NATO membership, there is strong opposition in the Macedonian society to the new name, as many believe Zoran Zaev's government gave up in a compromise. What are the repercussions of this for Social Democrats in Macedonia?

Yannis Koutsomitis: In March and April 2019, presidential elections are due to be held in Macedonia. There is a possibility that all this upset in the population may result in election of a president who opposes the Social Democrats, headed by Zaev. 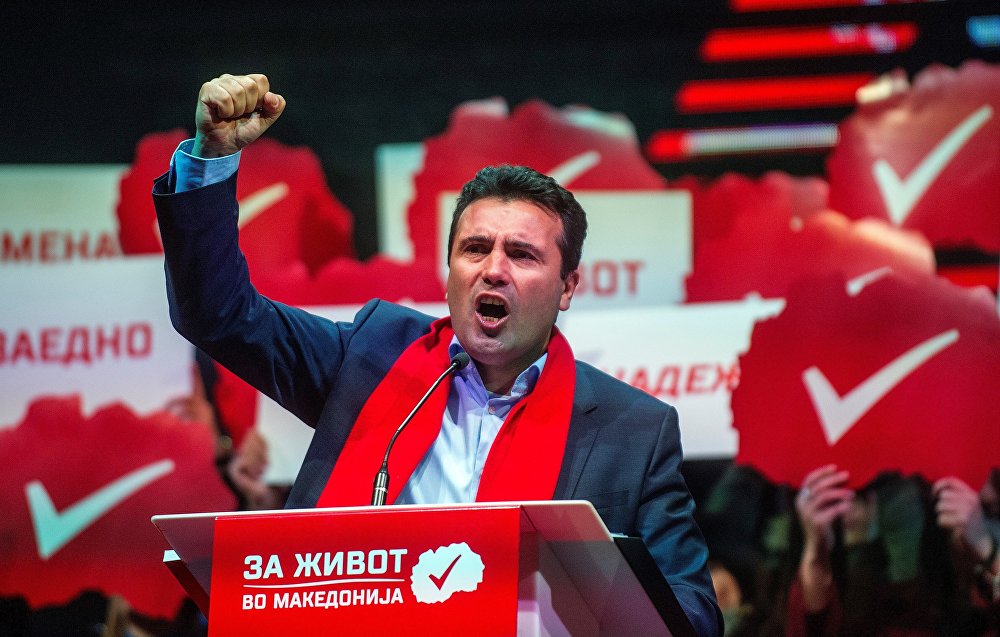 The role of the president is not that strong as to block the government but it would be a strong indication that the public is against the name change. In some way, the election could be seen as another referendum on the name change and the membership of NATO.