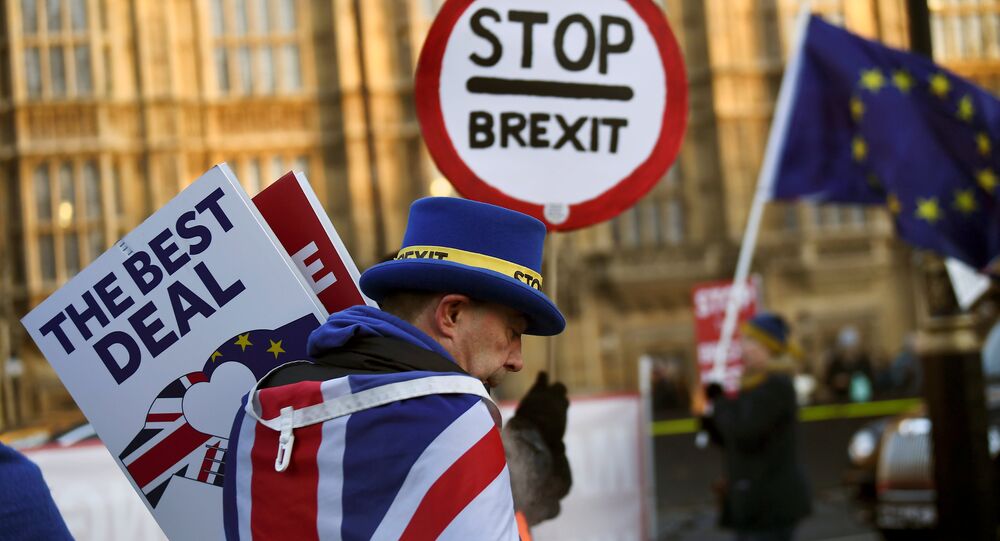 On Tuesday, the Brexit agreement, which UK Prime Minister Theresa May presented after months of talks with EU leaders, suffered a crushing defeat in parliament.

British Trade Minister Liam Fox said on Sunday that the UK parliament had no right to hijack the Brexit process.

According to the trade minister, the UK will experience a "political tsunami" if the government fails to pull the UK out of the EU, as the decision was taken by voters in the 2016 referendum.

"Failure to deliver Brexit would produce a yawning gap between Parliament and the people, a schism in our political system with unknowable consequences," Liam Fox wrote in the Sunday Telegraph.

© CC0
'British Consumers Disoriented By Brexit News Cycle': Consumer Spending Drops Despite Wage Growth, Solid Labour Market
The trade minister's comments come after earlier this week, the Brexit deal, which UK Prime Minister Theresa May presented to the country after months of talks with EU leaders, suffered a defeat in parliament, where it was rejected in a 432-202 vote. The outcome of the vote has not only increased the probability of a no-deal Brexit but also prompted a second motion of no confidence in the government, which May won by a narrow margin.

UK Prime Minister Theresa May now has just 10 weeks left to try and work out a new plan of action before the country is set to exit the European Union on March 29.