UK Prime Minister Theresa May said earlier in an open letter to EU leaders that no UK leader would use the Irish border issue as "crude leverage in a trade negotiation".

Both the United Kingdom and the European Union have been striving to avoid a hard border between Northern Ireland and the Republic of Ireland. The drive to resolve the issue stems from the need to uphold a solution to a decades-long conflict in Northern Ireland.

A worst-case Brexit scenario could reportedly lead to security and customs checks on this border, disrupting the flow of people and cargo. In addition to potentially stoking tensions in a region, the interruptions would be hard on business, slowing down or breaking established supply chains.

The Sunday Times reported Saturday that the British prime minister is considering seeking a bilateral treaty with the Irish government as a way to remove the backstop arrangement from the UK divorce deal with the European Union.

According to media reports, aides to May thought such a move would allow her to win support for her Brexit plan from the Democratic Unionist Party that supports the UK PM's minority government and from the so-called pro-Brexit rebel lawmakers in her Conservative Party.

© AP Photo / Rui Vieira
Boris Johnson's Claims of 'Elite Conspiracy to Thwart Brexit' Ignite Twitter
Many lawmakers, including May's fellow Conservatives and the Democratic Unionist Party backing her government in Commons, have repeatedly expressed concern over the backstop solution for Northern Ireland's border with the Republic of Ireland.

A backstop solution was included in the draft Brexit deal to avoid a hard border outcome in case a better arrangement was not found by the end of the transition period. Under this solution, the whole of the United Kingdom would be part of a single customs union with the European Union, but Northern Ireland would also adhere to some EU single market rules, which could lead to checks in the Irish Sea.

Concern over the Irish border backstop resulted in a delay of a parliamentary vote on the Brexit deal, initially scheduled for 11 December. 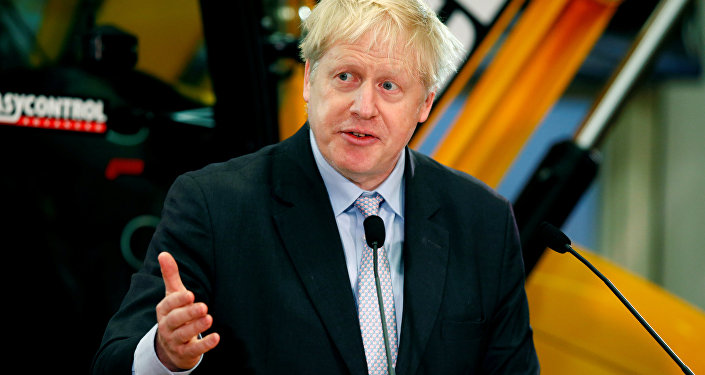 © REUTERS / Andrew Yates
EU Economies Stuttering & Positive Noises from Germany: Boris Talks Real Brexit
Faced with the threat of a "disorderly" Brexit, opposition urged the prime minister to pledge that the UK government will not settle for a no-deal Brexit.

The future of the Brexit agreement is now unclear and a no-deal scenario, which implies a UK withdrawal from the European Union without formal arrangements for the post-Brexit relationship between the two sides, remains highly possible. Theresa May is expected to present the proposed amendment to alternative Brexit solution on Monday.

May now has just 10 weeks to work out a new plan of action before the country will exit — deal or no deal — the European Union on 29 March.

UK citizens chose to withdraw from the European Union on 23 June 2016, in a hotly-contested referendum.