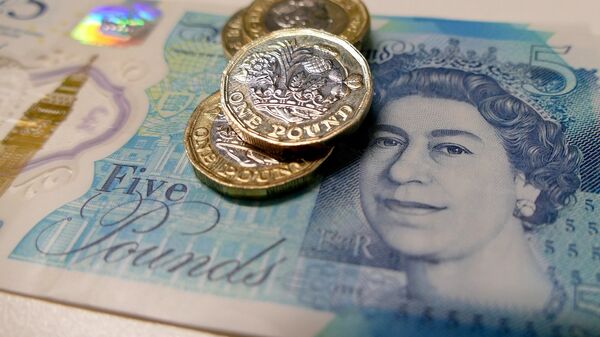 The British government says consumer spending eased in the winter holiday season, while a separate report suggests the UK's housing market could be in for a major pricing readjustment due to concerns related to the possibility of a “no-deal” Brexit.

Kristian Rouz — British households are restraining their spending despite the solid labour market and gains in wages, as Brexit-related economic uncertainty takes its toll on consumer confidence.

Meanwhile, the UK's property market is bracing for a possible sell-off in the case of a "hard Brexit", after several months of falling housing prices.

According to the Office for National Statistics (ONS), UK household spending dropped 0.9 per cent in the month of December, as consumers reined-in purchases immediately after November's Black Friday sales season.

Hard Brexit Fears Provoke Gold Rush in Northern Ireland
Analysts say the downward trend has likely extended into January and might hamper the GDP growth rate for the first quarter (Q1) of 2019. The majority of consumption-related sectors, with a notable exception of food and petrol, posted losses in December, the ONS said.

Separately, the British Retail Consortium said this past Christmas shopping season was the slowest for retailers since the global financial crisis of 2008-2009.

"After another bumpy week for Brexit, today's UK retail sales data is a timely reminder that all is not particularly well in the UK economy" James Smith of ING bank in the City of London said.

This comes despite UK unemployment remaining at a multi-decade low of 4.1 per cent in October 2018, whilst wage growth was at its highest level in ten years in that same month, at 3.1 per cent.

Economists say alarming media reports about the adverse consequences of a no-deal Brexit prompted the majority of British consumers to refrain from major purchases over the past few weeks — and this month's political turmoil in parliament might have exacerbated consumer fears.

"A disorderly Brexit has the potential of leading the UK into a recession, which could have significant disruption to finance and economic growth", Professor Francesco Moscone of London's Brunel University said.

"However, such disruption will not only impact the UK but also its European counterparts that are currently facing a slowdown in economic growth".

Meanwhile, the UK's housing market could be another casualty of Britain crashing out of the EU. According to the Royal Institution of Chartered Surveyors (RICS), UK property prices could experience a dramatic drop in the three coming months.

2nd Referendum Can't Be Re-Run of 2016 Vote - Corbyn Amid Brexit Chaos
Experts say this is not necessarily a disastrous development, as sky-high housing prices driven by overwhelming foreign demand have been hampering the quality of life for everyday Britons for years, particularly in London.

The solid labour market and rising wages, coupled with a projected drop in housing value could solve part of the affordability crunch, but the real estate industry could take a major blow and shed thousands of jobs across the country.

"It is hardly a surprise with ongoing uncertainty about the path to Brexit dominating the news agenda, that even allowing for the normal patterns around the Christmas holidays, buyer interest in purchasing property in December was subdued," Simon Rubinsohn of the RICS said.

Meanwhile, even British supermarket chains, including Morrisons and Sainsbury's, reported poor sales in December. However, Tesco exceeded expectations due to its low prices and a wide selection of products, while consumer demand at Next rose at the end of the month.

These differing sales performances could suggest that British consumers are more likely disoriented by the Brexit news cycle, rather than actually struggling financially, some experts say. Several prominent Conservative Party MPs have repeatedly criticised the mainstream media's reporting of Brexit as "Project Fear", claiming they are looking to saw public opinion in favour of a second Brexit referendum.

However, Prime Minister Theresa May's cabinet has dismissed the possibility of a second referendum, saying the results of the June 2016 vote are irreversible, reaffirming the government's commitment to exiting the EU on 29 March.

Overall, the ONS said UK retail sales rose 2.7 per cent for the entire 2018 — a solid improvement from the two-percent growth achieved in 2017.