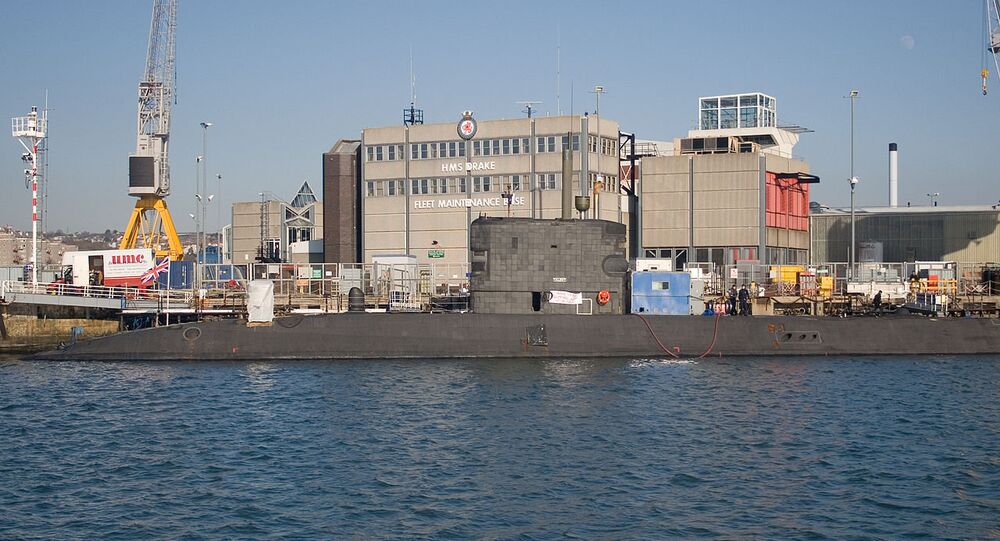 The development follows a Royal Navy vessel firing a warning shot towards a Spanish coast guard vessel last month, after it was deemed to be moving too close to the British submarine. The sub was reportedly departing Gibraltar after having its Tomahawk missile stores replenished.

A Royal Navy boat has been scrambled to intercept a Spanish vessel which tried to shadow HMS Talent as the nuclear submarine was leaving Gibraltar, in what The Sun described as an apparent violation of maritime rules.

"It's outrageous behavior yet again from Spain. Their boat was landside and shouldn't have been there. It only pulled off once the Royal Navy boat came towards it", the newspaper cited a source in Gibraltar as saying on Sunday.

The incident is the latest in a series of such interceptions of Spanish boats by Royal Navy ships in Gibraltar waters since 2017.

In November, a British warship fired a warning flare in response to a Spanish coast guard boat coming too close to UK nuclear submarine HMS Talent, as it was departing from Gibraltar.

Last year, a Royal Navy ship had to chase a Spanish vessel as it tried to prevent a US warship from arriving in Gibraltar. The incident followed a Spanish patrol boat reportedly trying to "hassle" a US nuclear submarine attempting to dock at Gibraltar.

UK Defense Secretary Gavin Williamson, for his part, made it clear that Gibraltar "will always be under the Union flag long into the future", adding that he could give "categorical reassurance" that Gibraltar is "never under threat."

The remarks followed British Prime Minister Theresa May's statement that London is committed to "always stand by Gibraltar", and that Britain "will always negotiate on behalf of the whole UK family, including Gibraltar."

© Sputnik / Olga Golovko
Gibraltar's Chief Minister Says UK to Retain Sovereignty Despite Spain's Claims
Gibraltar, a small peninsula extending past the southern coast of Spain, has been a British Overseas Territory since 1713, when Spain ceded it to Britain under the Utrecht Treaty. The region's residents rejected the idea of Spanish sovereignty in 1967 and joint UK-Spanish authority in 2002.

Gibraltar is due to leave the EU, together with the rest of the UK, in March 2019. The Brexit agreement between London and Brussels includes a special protocol for the territory. Amid Brexit talks, the Spanish government, for its part, expressed its discontent with the current arrangement.