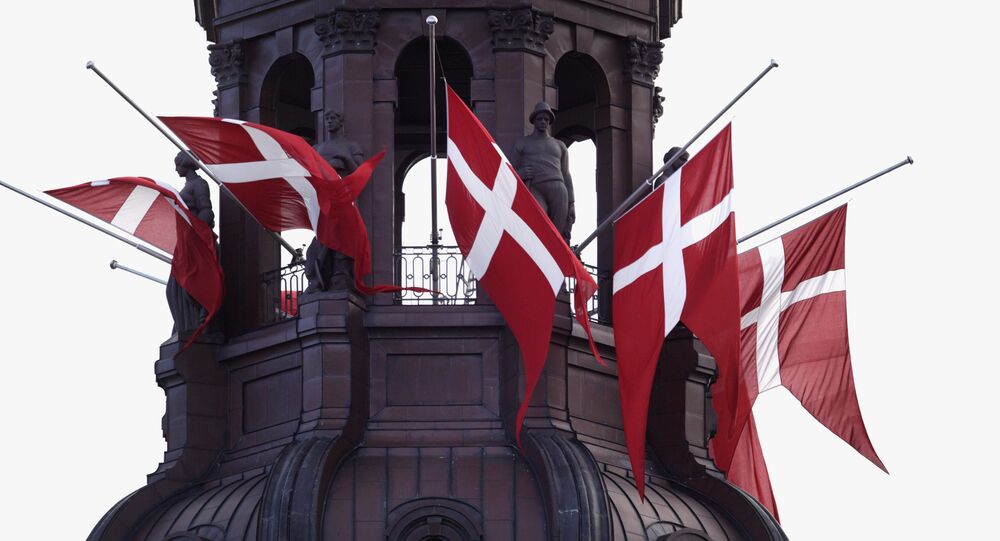 Having recalled its ambassador from Iran over allegations of a planned assault on Danish soil, which Tehran denies, Copenhagen has other cards up its sleeve, with the most drastic options likely to result in far more than a diplomatic spat.

After accusing Tehran of plotting an attack on Iranians living in Denmark, Copenhagen has promised to reach out to its "like-minded" EU allies in an attempt to find a united response, while preserving the nuclear agreement with Iran, Danish Radio reported.

It is totally unacceptable that Iran or any other foreign state plans assassinations on Danish soil. Further actions against Iran will be discussed in the EU. #dkpol

​Earlier this week, Denmark issued an oral condemnation of Iran's behavior and recalled its ambassador from Tehran. While the government itself denoted its actions as "highly unusual," Martin Marcussen, a professor of political science at the University of Copenhagen argued that more drastic measures are needed to actually inflict some damage on Iran.

"Recalling an ambassador is something that we, and not the Iranians, pay for. In other words, they don't care if we take back our ambassador. It simply makes it even harder for us to take care of Danish interests in Iran at a critical time," Martin Marcussen told Danish TV2.

​A stronger diplomatic reaction would be showing the door to Iranian ambassador to Denmark or ultimately all Iranian diplomats. Foreign Minister Samuelsen didn't rule out expelling Iran's ambassador. The expulsion of foreign diplomats is best done in cooperation with other countries. Withdrawing Danish diplomats from Iran and completely closing the embassy would be a still more powerful symbolic act. Last on the diplomatic ladder is a complete termination of diplomatic relations.

"This is the atomic bomb of diplomacy. After this, there are no conversations anymore," Martin Marcussen said, calling it "the last step before war."

According to Marcussen, though, the Danish government may be hesitant to go this far, not least for fear of Iran's economic reprisals. In 2017, Denmark exported goods to Iran for DKK 2.3 billion ($350 million). Although Iran is only 41th-largest export market for Denmark, an end to trade would still weigh on the Danish economy. Marcussen also stressed that the trade balance is lop-sided since Denmark doesn't import anything from Iran, which makes unilateral sanctions all the more unreaslistic.

Economic sanctions range from denying entry to powerful individuals, such as wealthy businessmen, in an attempt to exert pressure on the authorities, to a major trade ban involving multiple countries and affecting certain areas, such as advanced technology. The harshest variant would be completely "freezing out" Iran by stopping all economic activity with Tehran, US-style, a variant implying severe political risks and demanding cooperation. According to Marcussen, walking alone makes Denmark vulnerable to possible retaliation.

"A small country like Denmark really wants to hide behind a larger facade. If we somehow stand up, we become exposed because we are small," Marcussen said, stressing that the sanctions are rather symbolic and rarely yielded results.

Earlier this week, the Danish intelligence service PET accused the Iranian intelligence service of "planning an attack in Denmark" against three Iranians suspected of belonging to the Arab Struggle Movement for the Liberation of Ahvaz (ASMLA), a separatist group that advocates the establishment of an Arab state in the southwestern Iranian province of Khuzestan and is seen as a terrorist organisation by Tehran. In October, a Norwegian of Iranian origin was arrested for allegedly planning the attack and spying for Iran. Iran denied the allegations, saying they were part of a European conspiracy.