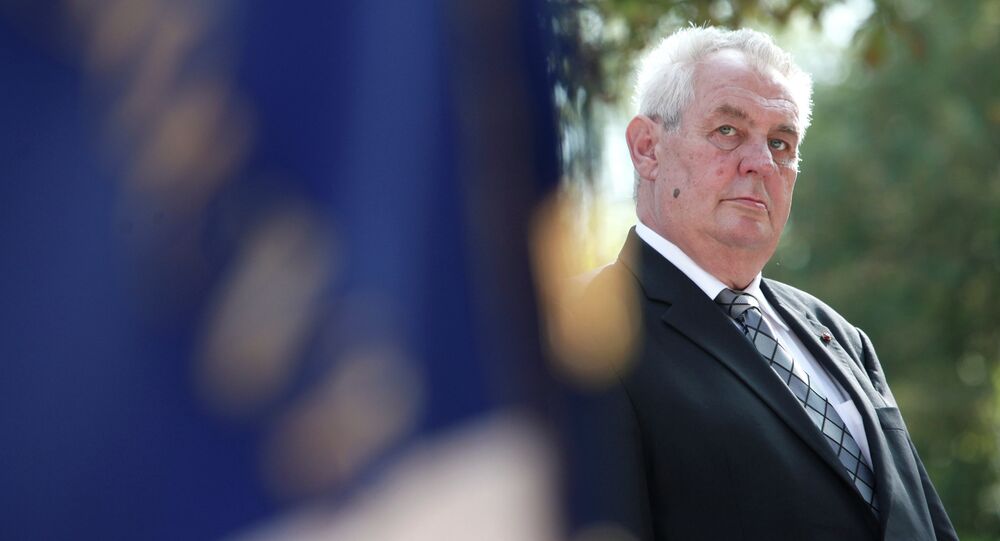 PRAGUE (Sputnik) – Czech President Milos Zeman said on Thursday that if one country withdraws from the agreements, which it had earlier signed, it loses credibility among its international partners, commenting on the US decision to leave the Intermediate-Range Nuclear Forces Treaty (INF).

"I am sharing the opinion of the European Union that has protested against the US pullout from this treaty. US President Donald Trump has already left several international agreements. This one [INF] is not the first one and the only one. I believe that if you violate the treaty you've previously signed, you lose credibility," Zeman said, as quoted by the TV Barrandov broadcaster.

© AP Photo / Zha Chunming
Real 'Wildcard' in US Move on INF Treaty is China - Pundit
US President Donald Trump announced on Saturday that the United States would "terminate" the INF treaty, claiming that Russia had not honored the agreement. Kremlin spokesman Dmitry Peskov strongly rejected the US accusations and warned that scrapping the treaty would force Russia to take measures to ensure its security. Several EU countries, such as France, Germany, Austria, Italy, and Spain, similarly expressed their concerns over possible ramifications of the termination of the treaty, viewed as a pillar of the Euro-Atlantic security.

The INF treaty has an unlimited duration and each side can terminate it by providing compelling evidence to substantiate its decision. Russia and the United States have repeatedly accused each other of violating the treaty.