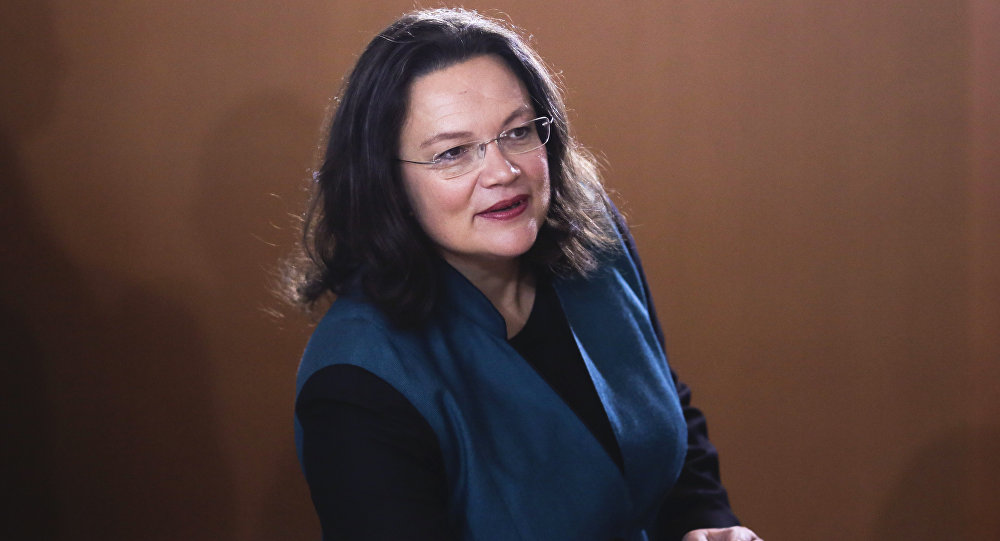 MOSCOW (Sputnik) – Andrea Nahles, leader of the German Social Democratic Party (SPD), called on the German government to revise relations with Saudi Arabia over the death of journalist Jamal Khashoggi in the Saudi consulate in Istanbul.

On Sunday, German Chancellor Angela Merkel said that the arms exports to Saudi Arabia were impossible in light of the death of Khashoggi.

“Saudi Arabia confirmed the fact of the brutal murder of Jamal Khashoggi as well as detained, or dismissed several officials involved in the incident. After such an unthinkable incident, it is necessary to completely revise the relations with Saudi Arabia,” Nahles told Bild am Sonntag newspaper on Sunday.

Echoing Chancellor Merkel, Nahles said that the death of Khashoggi would have “significant consequences” for arms deliveries to the kingdom.

Khashoggi, who had been working for The Washington Post newspaper as a columnist and was known for his criticism of Saudi authorities, went missing in Istanbul on October 2 after he entered the Saudi consulate and never came out. The incident caused an outcry in Turkey as well as many Western countries.

After denying any knowledge of Khashoggi's whereabouts for two weeks, Saudi Arabia admitted on Friday that the journalist had died in a fight inside its consulate. Riyadh also said that 18 people had been arrested over their involvement in the incident. Turkey is conducting a separate investigation into the journalist's death.