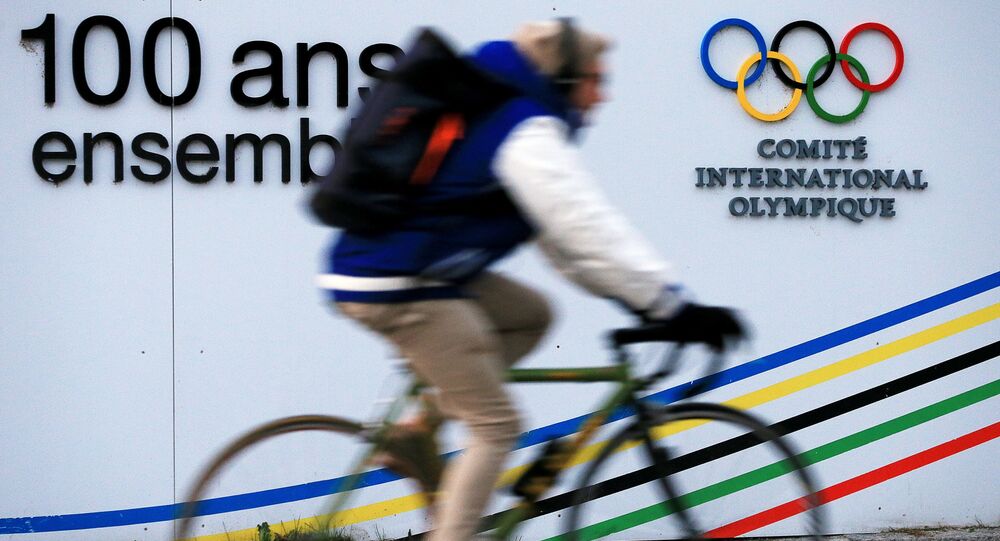 BUENOS AIRES (Sputnik) - The International Olympic Committee (IOC) on Tuesday approved three candidate cities for the hosting of the 2026 Winter Olympics, at the committee's 133rd session in the Argentine capital of Buenos Aires.

"Calgary (Canada), Milan/Cortina d’Ampezzo (Italy), Stockholm (Sweden) are approved by the 133rd #IOCSession as Candidate Cities for the Olympic Winter Games 2026 #Olympics2026," the the IOC said in a tweet.

© Sputnik / Vladimir Pesnya
IOC Executive Board Discusses Reinstatement of RUSADA by WADA
Earlier in October, the IOC excluded Turkey's eastern city of Erzurum from Olympics bidding contest, saying that the city lacked experience in hosting winter sports and required much investment in sports venues. The official ceremony to name the host city of the 2026 Olympics will be held in the Swiss city of Lausanne on June 23, 2019.

Meanwhile, the IOC also approved Tuesday the creation of the Refugee Team, which will take part in the 2020 Tokyo Games.

"The IOC Session has once again endorsed this initiative. In an ideal world, we would not need to have a Refugee Team at the Olympic Games. But, unfortunately, the reasons why we first created a Refugee Olympic Team before the Olympic Games Rio 2016 continue to persist. We will do our utmost to welcome refugee athletes and give them a home and a flag in the Olympic Village in Tokyo with all the Olympic athletes from 206 National Olympic Committee," IOC President Thomas Bach said after the IOC session in the Argentine capital, as quoted in the statement.

The committee has mandated its commission of Olympic Solidarity to establish the conditions for participation, identification and selection of the Refugee Team in cooperation with the National Olympic Committees and the UN Refugee Agency, among others.

The Refugee Team took part in the Olympic Games Rio in 2016. The 2020 Tokyo Olympic and Paralympic Games will take place on July 24-August 9 and August 25-September 6, respectively.