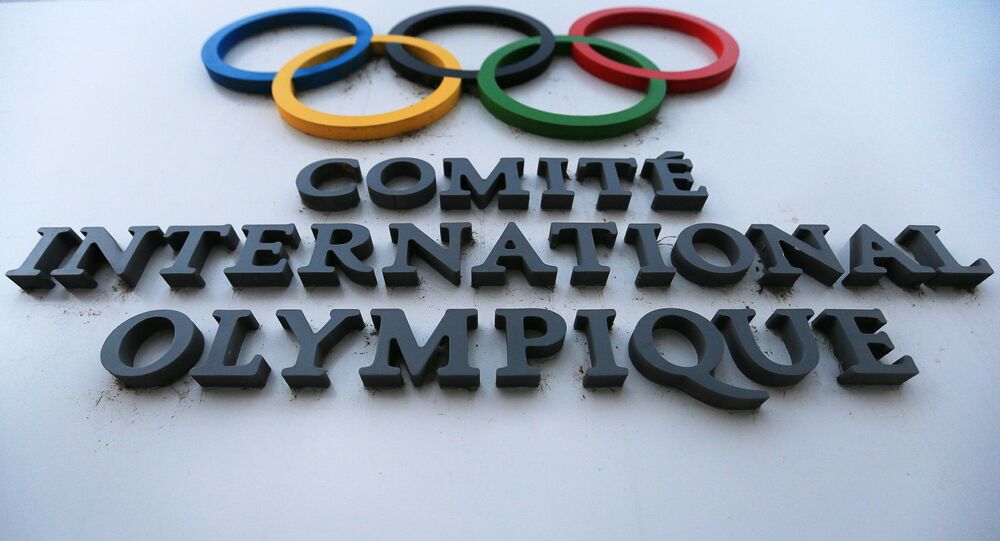 Following the allegations of the doping rules violation by Russia during the 2014 Winter Olympics, the country was suspended from the International Olympic Committe (IOC).

"Russia was sanctioned, the word "Russia" will not be mentioned in the historical books about the 2018 Olympic Games. Now we are ready to accept Russia back and support all those reforms that Russia has conducted and is conducting," the IOC's head Thomas Bach said at a press conference after the meeting of the organization's executive committee.

© Sputnik / Anton Denisov
IOC to Appeal CAS Decisions on Russian Athletes - President
He went on saying that although certain disagreements still persist between Moscow and the IOC pertaining to the ban of Russian athletes from the 2018 Winter Olympics in Pyeongchang, tensions have palpably eased.

Following Bach's announcement, Russian President Vladimir Putin said that Russia could make a bid to host future Summer Olympic Games. At the same time, the head of Russia noted that the country fulfilled all WADA's requirements and was expecting an adequate response.

"The set goals have been achieved. All constructive requirements of WADA and the IOC have been met. The national plan to counter doping in sports is being implemented, we expect [adequate] reciprocal steps from our partners," Putin said.

The president pointed out that it was necessary to make sports a priority for millions of people.

"Nothing has changed. However, we have not formalized the bid yet, therefore, it is necessary to think where and how much this would cost… It is necessary to discuss this but, of course, we will host big sports events. And, of course, what we must do is to use the facilities that have been constructed," Putin said, answering a question on whether he changed his mind about how some Russian cities could host Summer Olympics.

In December 2017, the Russian Olympic Committee was temporarily suspended over the doping scandal. Only 169 Russia athletes were allowed to participate in the 2018 South Korean Olympics as neutrals. The ban was lifted on February 28 after doping checks.