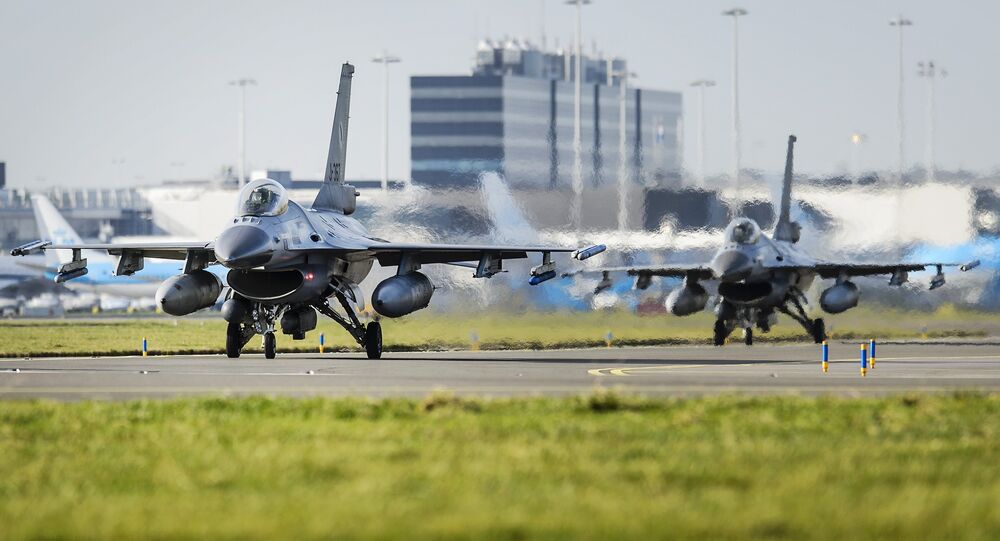 The passenger who reportedly caused the scuffle was arrested by Dutch authorities and taken to a psychiatric institution for observation.

An altercation with a rowdy American passenger aboard an airliner from Dubai prompted the Dutch military to scramble two F-16 fighter jets to escort the plane to Amsterdam.

"A 29-year-old American man became aggressive after being asked by a purser to return to his seat," AFP reports citing a local authorities’ representative. "A scuffle broke out and the cabin crew, together with other passengers managed to restrain the man."

© AP Photo / Tatan Syuflana
Heroes Among Us: Indonesian Air Controller Dies to Safely Guide Plane With Hundreds Aboard During Quake
Several passengers reportedly suffered minor wounds during the altercation, including two passengers who "were given black eyes."

According to the news agency, the culprit was arrested shortly after the plane landed at Schiphol airport and, after being examined by the responding officers who "determined that he came across as disorientated", was taken to a psychiatric institution for observation.

The Dutch Air Force also stated that its warplanes are only scrambled "in highly unusual cases."