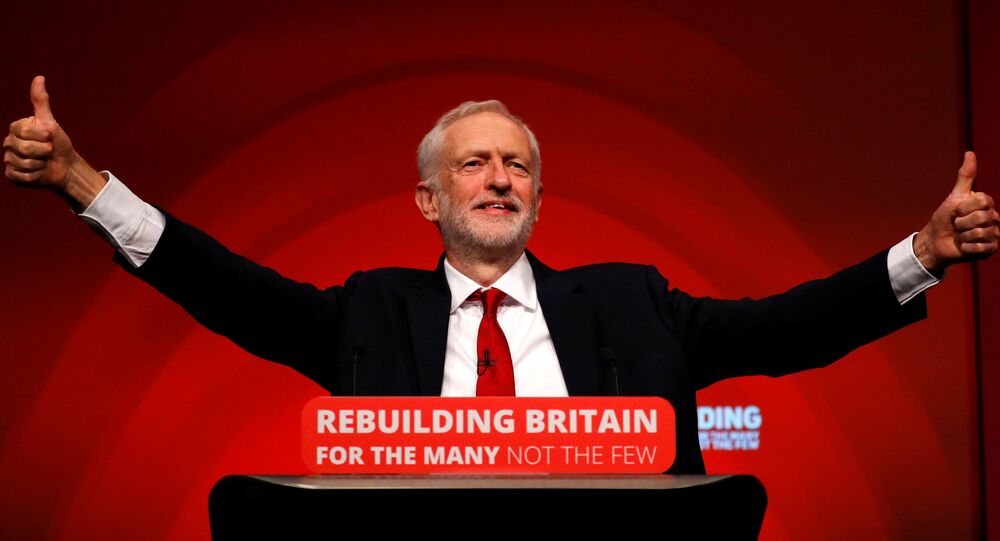 The episode is the latest in a seemingly never-ending slew of incidents that have seen the UK Labour Party accused of endemic anti-Semitism.

A member of the UK Labour Party who was suspended for condemning the deputy leader, Tom Watson, as being on the payroll of "Jewish donors" has been re-admitted.

George McManus was forced to publicly apologise back in August 2018 after comparing Mr Watson in a Facebook post to the biblical figure, Judas, for accepting donations from Jewish party supporters.

READ MORE: Professor on Labour Anti-Semitism Scandal: Corbyn Is 'the Heart of the Issue'

While the Facebook post has since been deleted, it allegedly shared an article in which Watson was quoted as saying that Labour faced "eternal shame" unless it vanquished anti-Semitism and was accompanied by commentary which read: "Apparently Electoral Commission states that Watson received £50,000+ from Jewish donors. At least Judas only got 30 pieces of silver."

In the bible, Judas Iscariot was one of the main apostles of Jesus Christ, until he betrayed him for thirty pieces of silver, which eventually led to Jesus' crucifixion at the hands of the Romans.

The pro-Labour grassroots movement, Momentum, which initially backed McManus for a place on Labour's National Policy Forum, tweeted a sharp rebuke of his comments, blasting them as "appalling" and "antisemitic."

Yet, just eight weeks after making the controversial post, McManus has announced in a Tweet that his disciplinary action has come to an end.

I'm delighted that my Labour Party suspension has been lifted. Time to get back into the ring. Britain needs a Labour government. #HopenotHate. Corbyns coming.

Mr McManus, who is a member of the Beverly and Holderness Labour branch in Yorkshire, issued an apology to Mr Watson online for "drawing an analogy between him accepting money from Jewish donors and the biblical story of the betrayal of Judas."

"I fully accept that such an analogy is wrong and am sorry for making the comparison," he added.

Labour has since issued a public statement saying that it "takes all complaints of antisemitism extremely seriously and we are committed to challenging and campaigning against it in all forms. All complaints about antisemitism are fully investigated in line with our rules and procedures and any appropriate disciplinary action is taken."

However, not everyone is so happy to see McManus' return to the political ring.

You were suspended for branding @UKLabour deputy leader @tom_watson a 'Judas' for accepting donations from Jews. You said it was a 'stupid, crass error…insensitive, wrong, inappropriate and hurtful.' How do you intend to show everyone you won't lapse into #HateNotHope again?

Guess this is an example of @UKLabour taking the issue of antisemitism seriously?

Stand up on stage saying antisemitism will never be accepted in the party and then the next day readmit a proven antisemite!@EmilyThornberry you are a liar!

Labour are the home of antisemitism! pic.twitter.com/xCj2u2rJ38