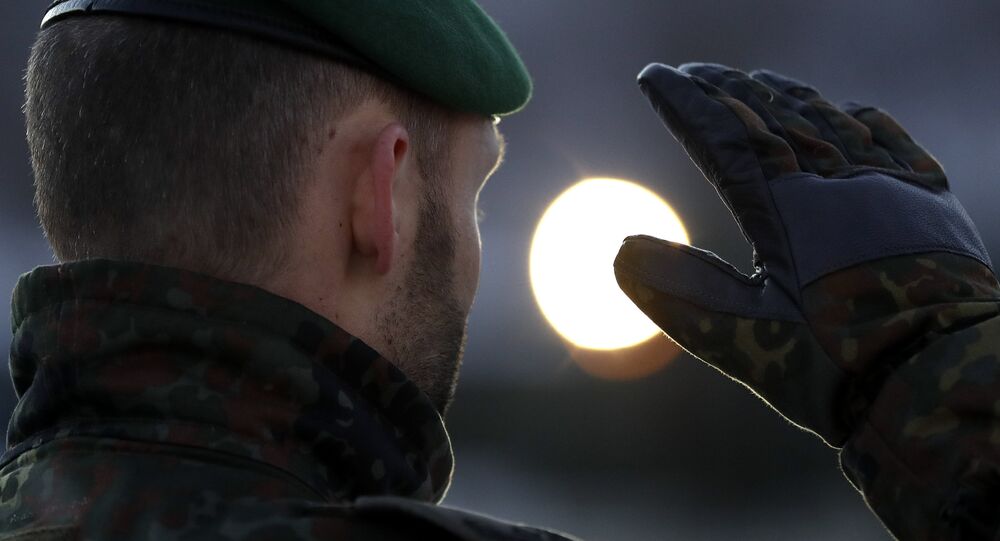 MOSCOW (Sputnik) - German Chancellor Angela Merkel did not support the idea on Sunday of reintroducing conscription in the country in order to tackle staff shortages and high costs of military recruitment system.

Earlier in August, Annegret Kramp-Karrenbauer, the general secretary of the ruling Christian Democratic Union of Germany (CDU) party, has launched a debate on bringing back the mandatory military service as recent polls showed that the majority of Germans support the idea.

© CC0
'Go, Join the Bundeswehr!': German Military Pitches Service as Shooter Game
"I do not want to reintroduce compulsory military service," Merkel told the ARD broadcaster, adding that the requirements for soldiers have changed.

The German leader noted that she has recently met with the country’s military leadership and said that their goal is to eliminate the situation, when the number of applicants for the voluntary service exceeds the one prescribed by the budget.

Germany put an end to conscription in 2011. However, the European country has reportedly been struggling with staff shortages in the Bundeswehr, which aims to tackle the problem by recruiting more people under the age of 18.