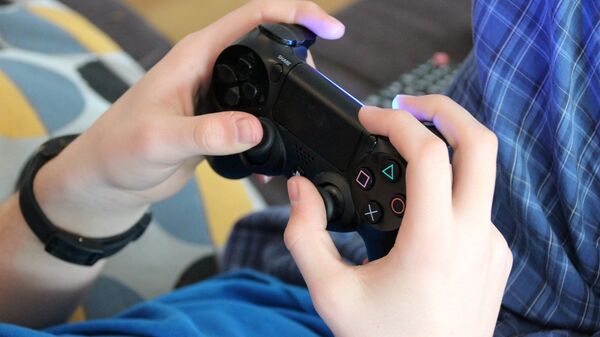 Germany's long-understaffed Bundeswehr is using computer videogames in an effort to lure young people into its ranks.

During this year’s Gamescom trade fair for video games in Cologne, the German armed forces unfurled a number of “Multiplayer in Its Best” and “A More Open World Doesn’t Exist” posters with a bundeswehrkarriere.de link carefully printed underneath.

Germany Mulls Return to Military Conscription as Bundeswehr Lacks Manpower
The Bundeswehr also invited young men to visit its display at the show.

However, the military’s advertising campaign had raised an angry backlash with critics slamming the use of computer game slogans as inappropriate and downplaying the dangers of war, the news portal Der Westen wrote.

​‘Hey, @byndeswehrIinfo! This year you really screwed up.”

Another Tweet said complained about “the Bundeswehr portraying war as if it were a game. Poor Germany.”

“The problem is that war is not a game, so the way they pitch it is questionable, to say the least. You don’t advertise cigarettes as something healthy because they are not,” Leon T. wrote.

“I think that such posters praise war,” Dennsi agreed.

”These posters are all over Cologne. It’s simply unbelievable how they are luring young men. I don’t understand why the Gamescom organizers allowed the Bundeswehr tom use their advertising spaces,” Ibo El Zein fumes.

“Why making so much fuss about it? The pictures promote comradeship, new impressions, etc., — something many of those who’d like to serve in the army think is great. They never mention war, let alone sing its praises […] Absolutely normal marketing,” he argued.

The Bundeswehr was quick to respond to the online criticism.

​“Have you already seen our ads for Gamescom? We want people to think what is really important: to play war or safeguard peace.”

A Bundeswehr representative said that their campaign aimed at making young people stop and think about what they are wasting their time and future on.

“Slogans like ‘Multiplayer at its Best’ and “A More Open World Doesn’t Exist’ are about camaraderie and the fight for a free world — something the Bundeswehr believes in,” he emphasized.

The Bundeswehr has a long history of advertising at the Gamescom fair. Its display features military hardware and equipment, and military consultants answer visitors’ questions and about how men in uniform live and work.

Gamescom is an interactive entertainment industry’s annual event and trade fair showcasing major innovations from Germany, Europe and the rest of the world.

The trade fair is hosted by the city of Cologne, where it has taken place in August of every year since 2009.