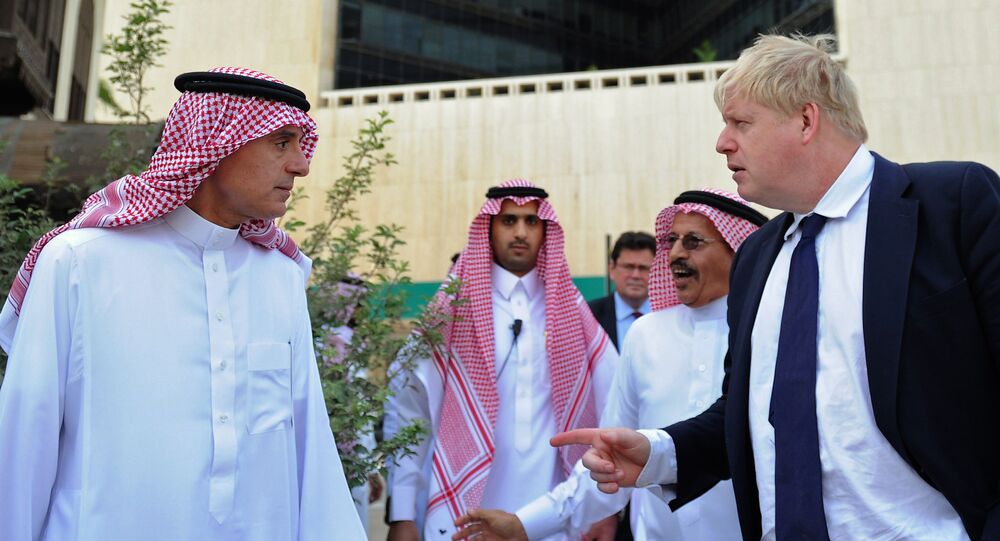 Currently favorite to become the next Conservative Party leader in Britain, UK's former Foreign Minister provoked a strong backlash on social media following the publication of his weekly column.

Boris Johnson called Muslim head veils 'oppressive' for women and said it is "absolutely ridiculous that people should choose to go around looking like letter boxes."

"If you say that it is weird and bullying to expect women to cover their faces, then I totally agree — and I would add that I can find no scriptural authority for the practice in the Koran," Mr. Johnson wrote in his Daily Telegraph weekly column.

Reactions to Mr. Johnson's comments poured in on social networks, alleging he represented the widespread Islamophobia within the Tory party, normalized far-right rhetoric and attempted to regain support of now UK Independence (UKIP) party members. Others, however, agreed that elements of discussed dress code are inappropriate in the British society.

The fact that Boris Johnson believes comments like these will help him win the Tory leadership tells you everything you need to know about the Islamophobia problem in the Conservative party. https://t.co/AMPOfZ0LLI pic.twitter.com/aMRbqFAMqL

Dear @EHRC I'd like to report Boris Johnson for refusing a service to someone based on at least two of the protected characteristics outlined in the Equality Act, 2010. Thanks will send official notice shortly https://t.co/2QCP0EVyF8

If only there were some way of knowing what might have prompted Boris Johnson to fan hatred of Muslims? pic.twitter.com/jCMLDfy9pk

It’s not ok for Boris Johnson to compare niqab-wearing women to bank robbers and letter boxes. I’m sick of what we consider to be our authority figures legitimising a prejudice that results in Muslim women having their clothing pulled off on the streets of Britain.

Utterly pathetic name calling of Boris Johnson today by the PC Left. Having people covered head to foot in veils and robes in our public places is obviously terrible for social integration and also looks ridiculous. These are just common sense observations.

His final Bannonised push for power. Almost certain to succeed.

The comments by Britain's former top diplomat come after Denmark banned clothing hiding a person's face, including some traditional Islamic headwear such as niqabs and burqas. The ban took effect on August 1, 2018.

Mr. Johnson however argued against the total ban, suggesting it "would play into the hands of those who want to politicize and dramatize the so-called clash of civilizations."

"You risk turning people into martyrs, and you risk a general crackdown on any public symbols of religious affiliation, and you may simply make the problem worse," Mr. Johnson said.

On August 4, Danish police fined a 28-year-old woman for wearing a niqab — a traditional Arab headdress that conceals the face and only leaves an open slot for the eyes — in a shopping center.

© AP Photo / Bernadett Szabo
The 'Best' of Boris: UK Top Diplomat & the Art of Being Ill-Equipped

According to the title of his column, Mr. Johnson believes that "Denmark has got it wrong" and even though "the burka is oppressive and ridiculous," it is "still no reason to ban it."

Boris Johnson has resigned from the post of Britain's Foreign Minister early July. During his time as UK's top diplomat, Mr. Johnson was embroiled in numerous gaffes and scandals, which saw critics call for his resignation.