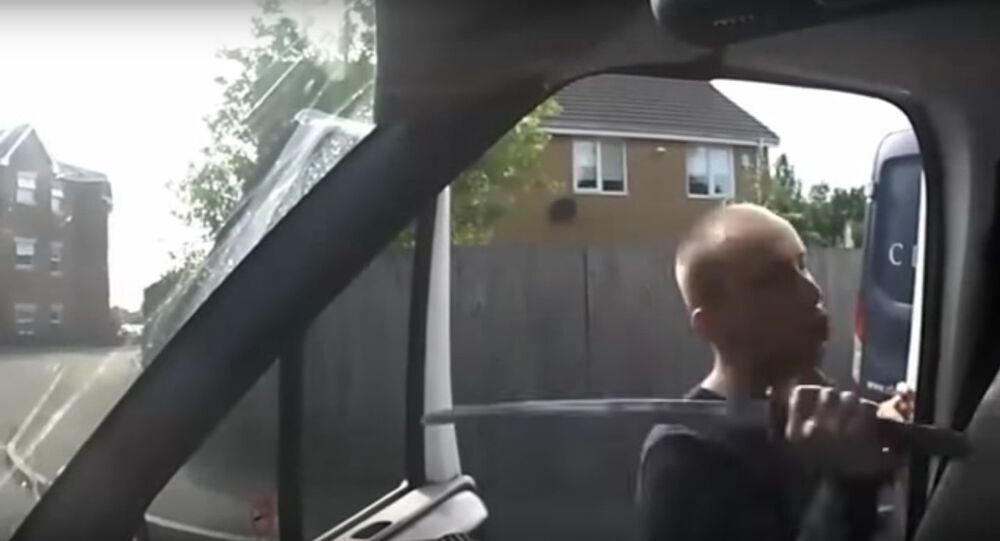 A 24-year-old, who was drunk and high on cocaine, attacked the ice cream van with a meter–long blade, cursing at a woman who was serving three kids on a suburban street in Haydock, Merseyside. The incident, which left the woman and children terrified, was caught on video with a dashboard camera in a van.

Jamie Tickle, 24, has been sentenced to 32 months in prison for affray and possession of a weapon following his attack on an ice cream van owner with a meter-long Samurai sword.

The man, who was drunk and high on cocaine, approached the front door of the truck with a blade in broad daylight on July 1; there, 34-year-old, self-employed mother Nuntaporn Watkinson was selling ice cream to three children.

The attacker started wielding the sword, thrashing the cab, threatening to slice the woman’s head in two, and demanding that she get out of the van, saying: “Get out the f****ng van now. Do you want me to f****ng cut you up?”

According to the woman’s statement to the court, cited by the British outlet Metro, she “had thoughts of being killed and of never seeing her children again.” But she was most terrified about the kids, she was serving at the moment Tickle attacked the van; she “could hear screaming and crying.”

She wanted to prevent the attacker from going around the van and approaching the kids.

She reversed the dashboard camera to make the man see that he was being filmed.

At first, he kept on threatening the woman, but then ran off and hid behind trash cans nearby, where the police, whom Watkinson called as soon as the thug left, found him. The man was arrested and pleaded guilty, which the court gave him credit for.

Judge Stephen Everett, cited by the BBC, expressed his doubts about whether the man understood the seriousness of his actions. According to the judge, although no-one was harmed physically, the attack induced "psychological devastation."

Man Armed With a Sword Attacks Policeman in Manchester