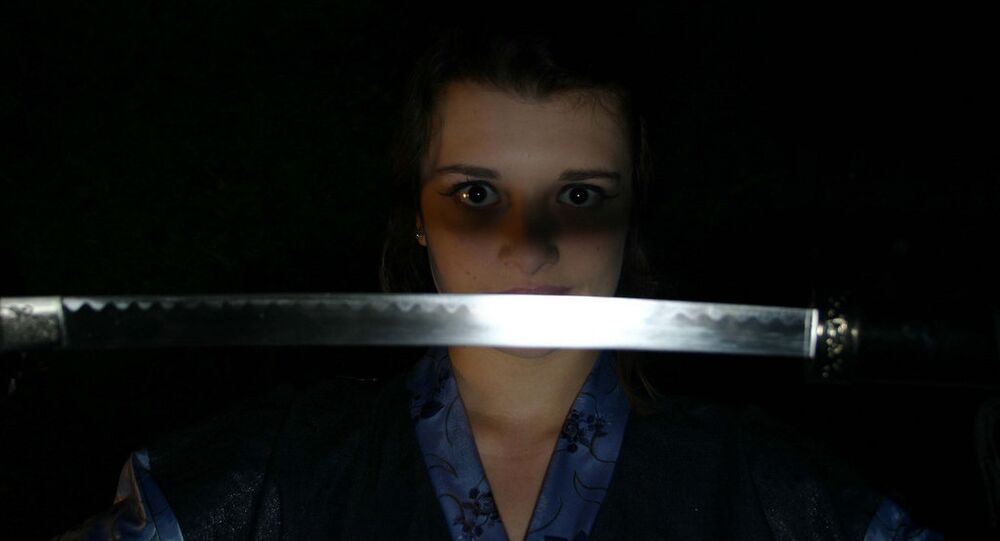 What would you do if you found the Tinder app on your boyfriend's phone, the hair of another woman in the shower and scratches on his back?

Emily Javier from Washington state has been charged with attempted murder of a boyfriend, whom she tried to stab with a samurai sword. The woman explained her actions by his alleged cheating: she decided to kill him after she found the Tinder application on his phone and another woman's hair in the shower drain, Buzzfeed reports.

Javier called the police herself. On the phone, she stated that she had stabbed the young man with a sword. When the police arrived at the scene, Javier stood on the lawn near the house covered in blood. Her 29-year-old boyfriend Alex Lovell was lying in the bedroom with numerous stab wounds. According to the officers, the walls in the room were splattered with blood.

"I just stabbed him!" Javier told officers "You guys need to help him!"

30yo Emily Javier is charged with attempted murder for stabbing her boyfriend, Alex Lovell, with a sword as he slept. Police say she planned on murdering him out of jealousy. #LiveOnK2 pic.twitter.com/0nEZ1Bl8qc

​The woman had been planning the murder of Lovell and then her own a suicide for several days. She bought a samurai sword, hid it, and when Lovell fell asleep, she struck him several times.

As Javier told the police, she had been living with Lovell for two years and felt frustrated over his lifestyle, as he "just sits at home all day playing video games and does not do anything to help."

The police said that the victim is now in hospital, Emily Javier is in prison.