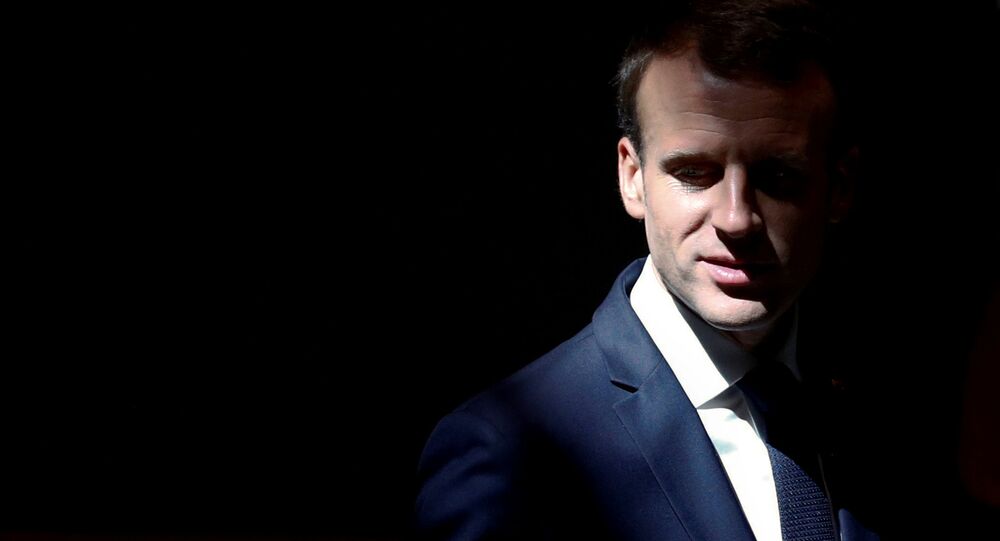 MOSCOW (Sputnik) - According to a poll conducted by the Ifop research group French President Emmanuel Macron’s approval rating has slumped to its lowest level in light of a scandal involving his former security aide, Alexandre Benalla, who was caught on camera hitting a May Day protester.

From July 18 to July 27, Macron's approval rating went down from 41 percent to 37 percent, the results of the survey published by Le Journal du Dimanche on Sunday showed.

© AP Photo / Christophe Ena
Macron Slammed for 'Giving Finger’ With 'Not My Lover' Response to Bodyguard Scandal
It is Macron's lowest approval rating since August 2017, when it was at 40 percent, the newspaper specified.

The high-profile case broke out earlier in July after a video emerged capturing Alexandre Benalla in riot police gear, tackling a young demonstator to the ground and punching him repeatedly before fleeing. Last week, the prosecutor's office launched a preliminary investigation into the incident, while Elysee Palace announced its decision to fire Benalla.

Benalla, last week, was indicted and placed under judicial control. Benalla has been slapped with multiple charges, including violent acts, interfering in the work of public services, wearing an official insignia without authorization, concealing video materials and breaching professional secrecy.

Macron, commenting on the case, said he was disappointed with Benalla's actions, which he regarded as a betrayal.