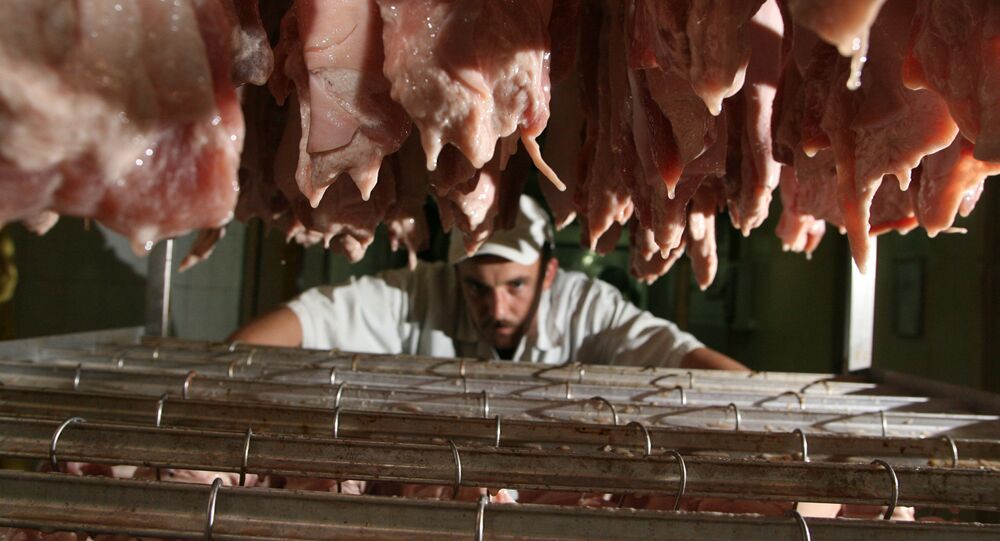 In an attempt to fight animal cruelty, Lower Austria reportedly plans to introduce rules according to which kosher meat can only be sold to confirmed Jews. The speculated proposal evoked sharp criticism from the Jewish community, who fear for their privacy and religious freedoms.

The Department of Environmental Protection in the Lower Austrian government, which is responsible for animal welfare, has come up with new guidelines for butchering methods, as the Austrian newspaper Wiener Zeitung reports, citing the head of the Israeli Cultural Community (IKG) in Vienna, Oskar Deutsch. The draft allegedly proposes banning the export of kosher slaughtered meat from the state, as well as limiting access to kosher meat only to those who practice Judaism. Deutsch fears that in the future Jews will only be allowed to buy kosher meat if they register beforehand.

Although the authorities confirmed the existence of the draft to the newspaper, they also stressed that the project is not final yet and didn’t give any details on the speculated registration. In his statement to the Vienna’s newspaper, state minister Gottfried Waldhäusl defended the proposed guidelines “from an animal welfare point of view.”  He stated “we are examining whether the demand for meat can be coupled to residency.”

The head of the regional government, representing the conservative People’s Party, Klaus Schneeberger, told the Austria Press Agency that the authorities wouldn’t establish any register.

Judaism and Islam require that believers only eat meat from animals whose throats are cut while they are conscious. The slaughtered animal should also bleed completely. This is considered cruel by animal rights activists, who have criticized these religious laws. In Austria, such slaughtering methods may only take place in specially approved slaughterhouses, in the presence of a veterinarian. In neighboring Germany this is generally forbidden, although exceptional permissions can be issued.

While it’s not reported if the proposed guidelines concern Muslims, the Jewish community has stood up against the draft, according to Wiener Zeitung.

In relation to the prosed ban, Oskar Deutsch brought up the “notorious Aryan paragraph" that existed during the Nazi era, which enlisted Jews to deprive them of some rights. He has voiced fears that such a regulation would violate data protection laws, especially if name-based kosher trade was introduced.