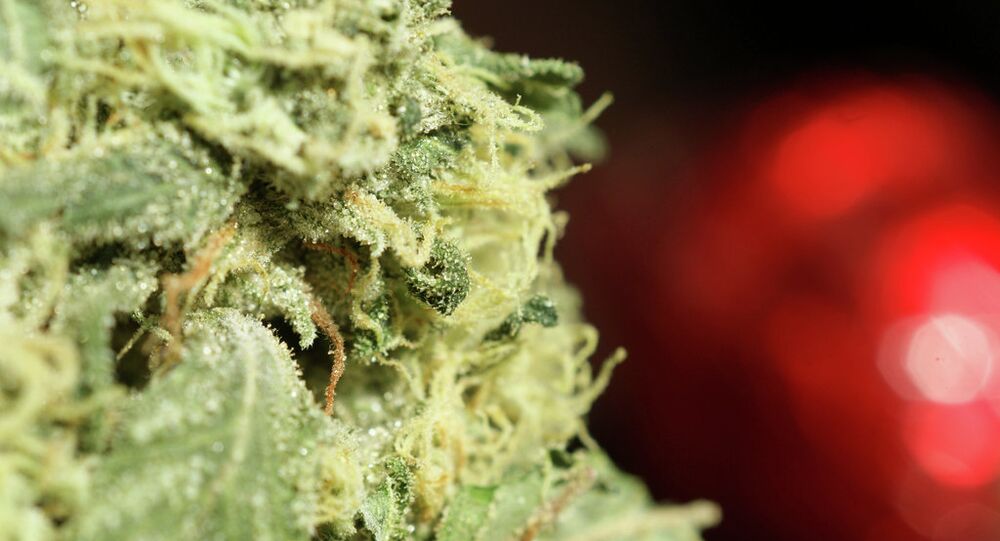 Kosher marijuana could soon be on sale in New York, after it receives the kosher stamp from the Orthodox Union's kosher certification agency.

Kosher marijuana for Orthodox Jews could soon be making an appearance in New York for medical use, The Jewish Daily Forward reported yesterday.

The head of the Orthodox Union’s kosher certification agency, Rabbi Moshe Elefant, claimed that preliminary talks with several companies, interested in kosher cannabis supplies, have already been held. However, he emphasized, though Orthodox Jews approve the sale of medical marijuana, they reject the use of the plant for recreational purposes.

© AP Photo / Nicholas K. Geranios
Charges Dropped Against Washington Medical Marijuana Patient With Cancer
According to the Jewish Daily Forward, it has been shown that cannabis eases pain, anxiety, appetite loss and nausea in patients suffering from a number of diseases such as HIV/AIDS, cancer and multiple sclerosis.

While marijuana is a plant and doesn’t in itself need kosher certification, due to the fact that smoking pot is still prohibited in New York State, patients will have to consume it by way of capsules, food or drink which will mean a kosher certification for Orthodox patients is required.

Rabbi Moshe Elefant stated that they wouldn’t have any difficulty certifying medical marijuana, according to The Forward.

The legalization of cannabis for medical purposes is gradually becoming more and more accepted across the country. New York has become the twenty-third state of the US where physicians have the official right to prescribe marijuana as a supporting treatment. The drug can be prescribed for a maximum of 30 days at a time.

Medical marijuana is likely to be available on market in New York in 2016.